A Bird-Friendly Landscape, A Human Refuge 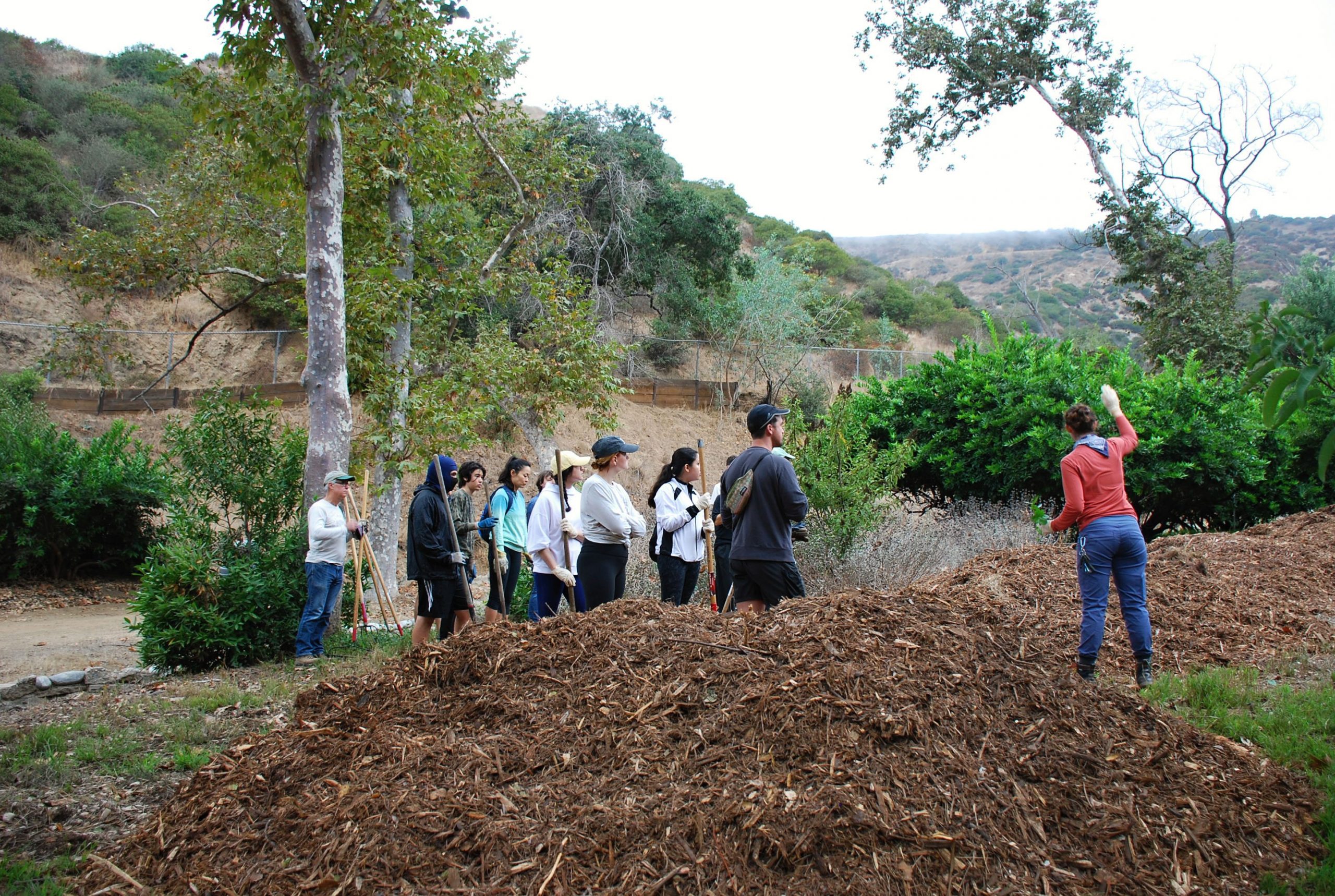 My first visit to the Griffith Park Bird Sanctuary was almost a decade ago. I had just retired from the stress of working in media and I desperately needed to find some peace and quiet. What better place than Griffith Park! Since I wanted to rediscover my joy of bird watching, the Bird Sanctuary sounded like the perfect place to go.

When I arrived at the location off Observatory Road, I found a rather desolate urban wilderness area. Oh, the landscape included some gorgeous sycamores and plenty of laurel and native greenery but several burnt trees served as reminders of the 2007 fire that devastated many parts of the Park.
­
The Bird Sanctuary was hit hard by the fire and many of the originally planted trees and shrubs were heavily damaged or destroyed. To my delight, however, birds could still be found here. I discovered all the usual suspects such as acorn woodpeckers, oak titmouse, scrub jays, house finches and the occasional red-tailed hawk perched high in the dead trees that still towered. But this area couldn’t really be called a sanctuary.

One fateful day while I was walking in the Bird Sanctuary, I stumbled upon then-Councilmember Tom LaBonge (CD 4) who was showing the area to a group of hikers. He spoke lovingly of this forgotten part of the Park. Looking right at me he said, “You need to do something about this place.”

What? Me?
But a couple of weeks later I was in Tom LaBonge’s office talking to Carolyn Ramsay, Tom’s chief of staff, about giving the Bird Sanctuary some TLC.

The first order of business was to find out exactly what was growing and living in this pocket park. You can’t restore an area without knowing what’s already thriving there.

In July of 2012, I teamed up with FoGP and, at their suggestion, we engaged environmental scientist Dan Cooper to provide an analysis of the flora and fauna in this designated area. Dan found several dead trees that served as possible nesting sites or granaries for acorn woodpeckers or by secondary cavity-nesters like house wrens or ash-throated flycatchers. No nesting pairs were observed. He also observed over a dozen other birds species including Cooper’s hawks, a great horned owl, wren tits, dark-eyed juncos, and song sparrows. All of the species he found nearly a decade ago still frequent the Bird Sanctuary.

Soon after the survey was completed, RAP came through with a generous donation of 50 native plants and a few non-native trees. FoGP provided a dozen volunteers. It was a great day of planting and I spent many wonderful hours weeding and watering these new plantings. Over the years, many native plants survived and flourished. Predictably, the non-natives perished. But time and the drought has taken its toll on the natives, too.

Now, FoGP has again come to the rescue of this beautiful but often neglected piece of urban wilderness. In conjunction with Grown in LA, several events had volunteers removing weeds and toxic non-natives like castor beans. This winter, two planting events have completely transformed the landscape with more care and attention planned for the future. I am delighted to announce that yes, the birds are still there – and I predict more will find home here.

Bird Sanctuary Beginnings
Delving into the early forces that created this special avian place, I discovered that the history of the Bird Sanctuary is rather elusive.

In Mike Eberts’ Griffith Park: A Centennial History, one small entry about the Bird Sanctuary suggests it was a dream of neighborhood women who visited the area and found thousands of wintering birds. The original plan to develop the sanctuary must have included an elaborate water feature of pools and basins using the Park’s extensive irrigation system.

Eberts writes that in a 1924 report, Van Griffith indicated that the Bird Sanctuary drew “hearty approval” from about 20 organizations including the Audubon  Society.

On January 21, 1926, The Los Angeles Times reported that boys from the city’s Agriculture School planted 70 redwood trees, 30 live oaks and a large quantity of holly berry in the Bird Sanctuary. One could imagine formally dressed bird lovers, women in long skirts and tight fitting hats, men with canes and maybe sporting natty tweeds, holding binoculars to their eyes trying to spy a gorgeous acorn woodpecker drumming his beak against a rock-hard sycamore trunk.

Eberts also writes that local Boy Scouts offered to build bird houses for the Bird Sanctuary, but it’s unclear whether that ever happened.

Overall, the mystery of the Bird Sanctuary’s early days continues to cause speculation and spark imagination.

Moving forward to the future, however, FoGP remains committed to providing this special part of the Park with new life and vitality as it truly becomes a sanctuary for our feathered friends and a refuge for weary humans.

We are waiting to invite volunteers of all ages to join us on upcoming Bird Sanctuary events once we can safely accommodate such large groups. Make sure you follow us on social media; Facebook or Instagram, and be sure sign up for our email blasts.

In the meantime, I hope you will visit the Bird Sanctuary and see how this little jewel is becoming a shining example of the beautiful things that can happen when we work together.

*Editor’s note: Do you have information and/or photos about the history of the Bird Sanctuary you’d like to share? Please contact us at info@friendsofgriffithpark.org. We’d love to know more about the early days of this delightful part of the Park.