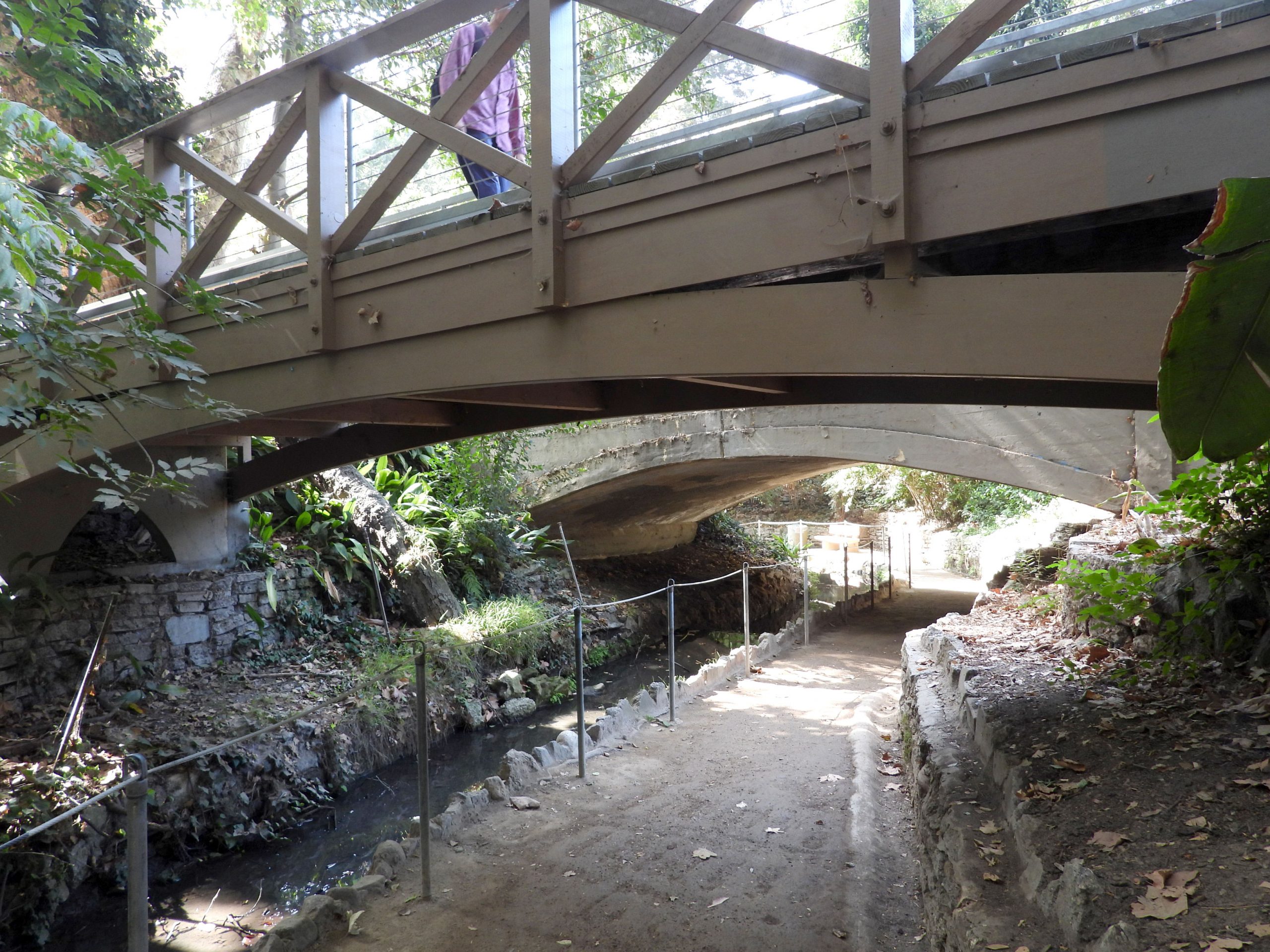 If Griffith Park is the crown jewel of the city, then Fern Dell must be one of its brightest emeralds. One of the most popular areas of the Park, it is one of the few spots where you can reliably find soothing shade on a hot summer day. It is just a short walk for residents on the southwest side of the Park or for those visitors coming on the Metro Red line.

FoGP started working in earnest on the repair of the pedestrian bridge in Fern Dell at Red Oak Drive in 2015. The bridge was identified as a high priority project in our comprehensive cultural landscape assessment because with the rotting bridge closed, people were walking in the street. Our goal was also to restore the beautiful lines on the original 1920s bridge which had been lost in earlier repairs.

Then-Superintendent Joe Salaices and RAP General Manager Mike Shull were thrilled with the idea. FoGP met with all RAP planning, construction, and environmental staff. FoGP hired preservation structural engineer Mel Green to verify that the bridge would be sound. Ground-penetrating radar examined the buried portion of the original foundations and revealed they were still structurally sound. Preservation architect Michelle McDonough insured this design complied with the Secretary of the Interior Standards for Rehabilitation. The plans were approved by the City’s Office of Historic Preservation. FoGP paid for all permits, architect and engineering fees, an expense RAP cannot afford with its limited budget.

The plans we thought had been approved in the summer of 2017 were finally cleared by the Department of Building and Safety in March, 2019.

In January, 2018 RAP accepted a bid for the construction. Meanwhile Joe Salaices was searching for accounts that could be used for the extra funding needed and getting the project approved by the RAP Commission.

Bridge construction finally began in August, 2019. The special arched glue lam beams were installed in October and the bridge was informally opened to the public in December, 2019. At the same time, new black wrought iron fencing was installed, replacing existing chain link fencing using funds from a generous FoGP donor.

What’s next for Fern Dell?

Our current wish list for Fern Dell is replacement of the recirculating water system in the creek. A pump used to pick up water from the creek near Black Oak Drive and send it back up the hill to a point near the upper parking lot.

FoGP has already met with hydrologists and pump specialists to tackle this project. Modern pumps can move the water with much smaller pipes than the originals. Mike Shull and new Superintendent Stefanie Smith are enthusiastic about the project which would assure a constant flow of water in the Fern Dell creek. A small waterfall just south of the pedestrian bridge has not flowed for decades. It needs to be converted to a recirculating system as well.

We’ve also been looking at much needed repairs to the faux bois railings along the trail in the lower dell. Fortunately, we know of a local faux bois expert and hope to engage his special skills soon.

The next time you take a walk through Fern Dell, stroll across the fully ADA-compliant pedestrian bridge.

When you walk under the bridge, take a look up and admire how the replaced arch perfectly mirrors the concrete auto bridge arch and savor this little gem in Los Angeles.

This photo represents a much earlier time in the history of Fern Dell when folks wore their “Sunday Best” along the pathways. And please note the “rustic” bench in the background. 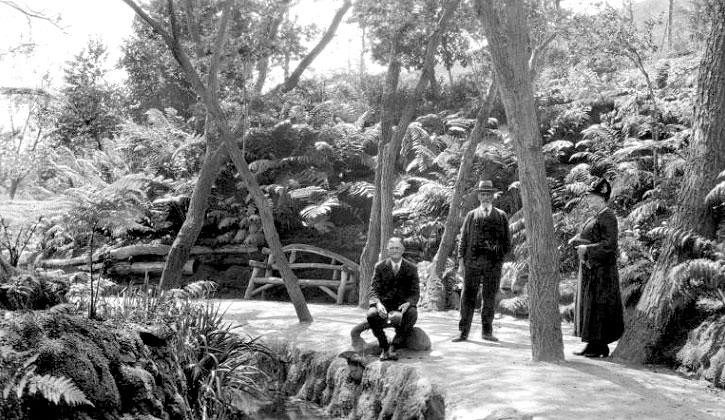 END_OF_DOCUMENT_TOKEN_TO_BE_REPLACED

Join Jorge Ochoa for a hike and a talk

On Nov. 9th, 2018, 63 acres of remote Condor Canyon burned in Griffith Park. Rangers and fire fighters heroically stopped the fire before it was able to gather momentum. At the same time, the Woolsey Fire exploded into its second day. To highlight the...