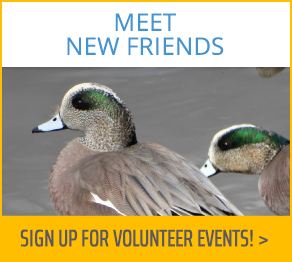 The Board of Friends of Griffith Park is composed of park, recreation and environmental activists and historic preservationists who have compiled a collective record of successful advocacy for Griffith Park and other open spaces in the City of Los Angeles.

They have served as leaders and board members of major non-profit public advocacy groups, represented the community on park oversight committees and panels, supported and participated in park service projects, and educated the public about Griffith Park and its issues. They are deeply knowledgeable about Griffith Park’s human and natural history.

Officers of the Board

George Grace
George was co-founder of the Natural History Surveys in Griffith Park long before Friends of Griffith Park was formed. FoGP took over the responsibility and sponsorship of the surveys on animals and plants which continue to document the rich flora and fauna of the Park. When Grace was creating the original FoGP site, he did so because “you can’t tell what you have lost unless you know what you had.” During the time of the Griffith Park Master Plan Working Group, Grace represented the Franklin Hills Residents Association, and it was these meetings which ultimately led to the creation of a “Vision for Griffith Park.” As one of the founding members of Friends of Griffith Park, George continues to keep a long list of Griffith Park supporters apprised of what’s happening in the park while still maintaining a coyote sighting survey online.

Carol Henning
Another founding member of Friends of Griffith Park, Carol helped establish this organization and served as its first secretary. She participated in data gathering and planning with the National Park Service for the Anza Trail. She attended the Griffith Park Master Plan Working Group meetings which ultimately got us a “Vision for Griffith Park.” As a liaison with the Sierra Club Angeles Chapter, Carol was instrumental in getting the Sierra Club’s invaluable support in promoting our vision. She continues to write Sierra Club articles in the Southern Sierran that advocate for the preservation of Griffith Park.

Felix Martinez
A native of Mexico, Felix lived in San Antonio Texas for a while before moving to Los Angeles in 1957; after he married, Felix would often take his family of four children and wife into Griffith Park for picnics, rides on the Merry-go-round or visits to the Observatory. But it was much later when Felix was introduced to the trails and back country wilderness of the Park. He says he was “grandfathered” into Friends of Griffith Park because of his enthusiasm and knowledge of the terrain and history of the area.

As a Hike Leader for Sierra Club’s ICO for 10 years (and supported by FoGP), Felix shared his love of the hiking and the land with thousands of young students, many who were experiencing for the first time this pocket of natural greenery and wildlife.

Al Moggia
Al Moggia was a member of the Sierra Club’s Angeles Chapter and past Chair of the Chapter’s Central Group. Among the important environmental issues for the Central Group are protecting urban parks from over development, keeping special interests from having park grounds ceded over to them for their own use, and protecting the natural environment of parks.

Al is founding member of Friends of Griffith Park. He has always been a staunch supporter of commercial-free parks. He is always deceptively quiet until a situation occurs that requires his voice. One classic Al moment occurred when the Board of Recreation and Park Commissioners was considering covering picnic tables, fences, and garbage cans in Griffith Park with advertising for a Yogi Bear cartoon. Al quietly but steadfastly exposed the scheme for what it was and forced the Board to abandon the project.

Bernadette Soter
As a longtime park advocate, Bernadette chaired the Greater Griffith Park Neighborhood Council’s (GGPNC) Parks, River and Open Space Committee (PROS) which focused people’s attention on the need for preservation. One of the greatest achievements occurred when the PROS committee launched a highly successful petition drive against the Melendrez Master Plan. This plan would have created further development and commercialization within the Park, and defeat of this plan eventually led to the Griffith Park Master Plan Working Group.

In 2010 Bernadette proposed the formation of an organization in support of Griffith Park to a small group of park enthusiasts. A founding member, she served as First Vice President of FoGP and helped get the organization off to a good start. She designed and provided much of the content for FoGP’s professional and informative newsletters. She initiated a partnership with the National Park Service to enhance the Anza Trail project. She served on the ad hoc Fern Dell Committee for its rehabilitation project and prepared the script still used by FoGP for Fern Dell tours.

Chuck Soter
Another PROS Committee member, Chuck attended all Griffith Park Master Plan Working Group meetings, making important and relevant comments. He spent countless hours gathering signatures to stop the Melendrez Draft Master Plan, which would have further commercialized the Park. He also garnered support for Historic-Cultural Monument designation for the entirety of Griffith Park. The Soters hosted the meeting where the decision was made to create a support group for the Park. Both Soters worked tirelessly for the fledgling organization, creating flyers and newsletters that effectively raised awareness for FoGP, and helped the organization grow to a membership of 500 in he first year.

Richard Stanley
Richard brought a new perspective to the board when he joined in 2013. A Renaissance man, he noticed small details, and meticulously researched and shared them. His curiosity created fascinating articles in FoGP newsletters over the years with topics like; tire weights in the Los Angeles River, faux bois railings and red limestone blocks in Fern Dell, earthquake fault lines, women’s fashionable hats and the loss of fancy plumed birds leading to passage of the Migratory Bird Treaty Act in 1918. Stanley led numerous guided tours in Fern Dell and over the years was one of FoGP’s speakers at the Los Feliz Library Lecture Series where he entertained attendees with stories of faux bois and the early inhabitants of the Los Feliz area.