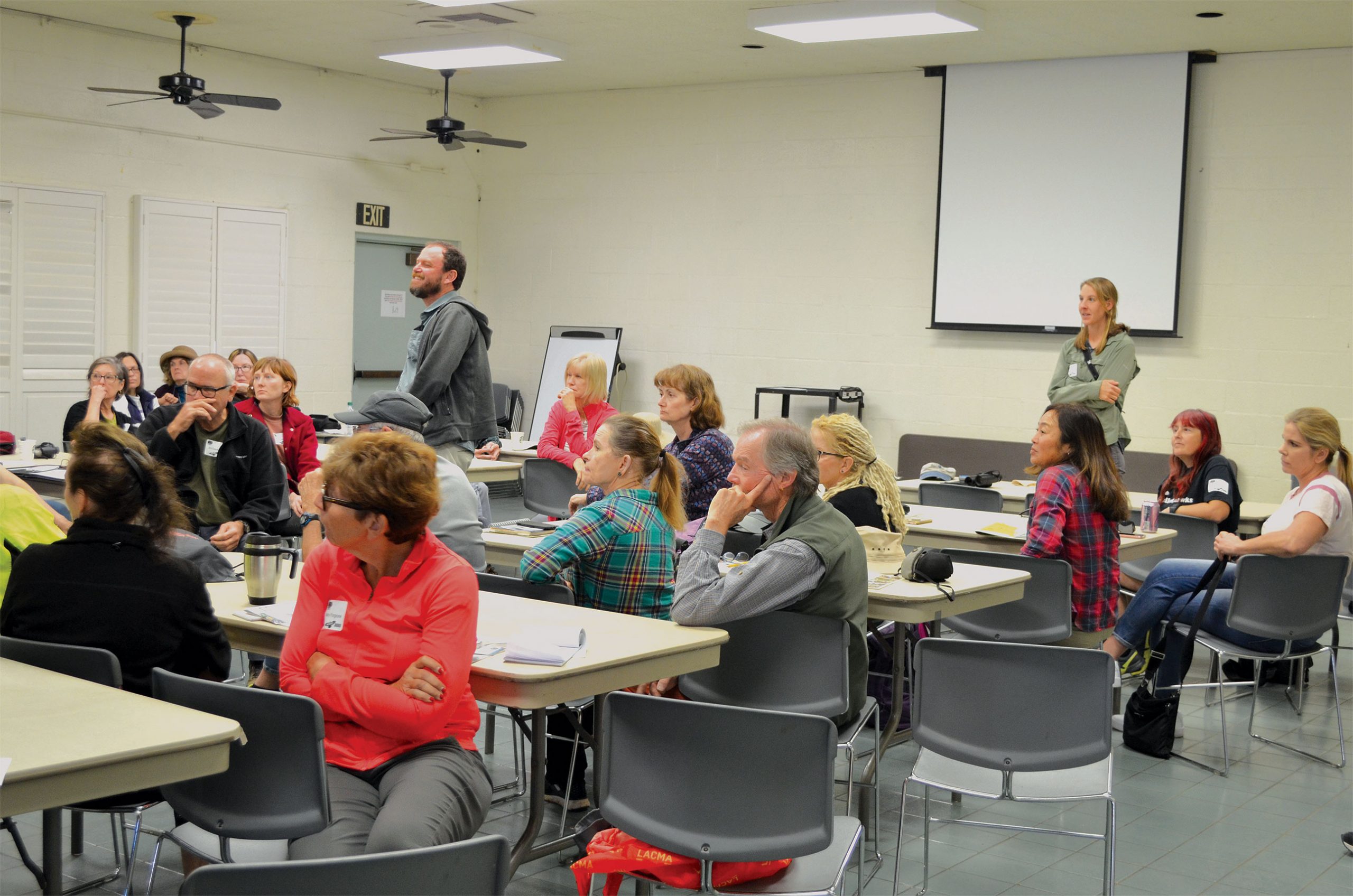 The Fifth Annual Raptor Study is gearing up and volunteers are being notified.

Have you spotted a nest in your neighborhood? Let us know!

The Volunteer Application deadline for the 2021 Survey is NOW CLOSED TO NEW VOLUNTEERS.
If you haven’t already submitted an application and received your notification to participate, please stay in touch for next year’s study.
Workshop is tentatively scheduled for February 20, 2021 from 10 AM to Noon. This may change so please check back.
If you are a NEW VOLUNTEER, you must attend the virtual workshop. If you are a returning volunteer, this training is not mandatory but if you need a refresher, please attend. The field portion of the workshop will be scheduled individually with each volunteer. We encourage households to partner… and if partnering with someone, please have your partner attend the workshop as well.
Monitoring details: Volunteers are assigned one nest for the duration of the season (February – August). Must visit and monitor the nest every other week (twice a month). Data must be recorded on given data sheet and sent into the raptor survey team.
If you still have questions, please feel free to email griffithparkraptors@gmail.com with your questions!

We expanded our study area and greatly increased the number of monitored nests for the fourth year of the Griffith Park Nesting Raptor Survey (2020), owing to extra observation time made possible by reduced traffic and altered schedules as a result of the COVID-19 pandemic.

While investigators and volunteers had monitored 60 active nests in 2019, in 2020 we confirmed and monitored 192 active nests, and an additional 38 presumed active breeding territories.

Unlike in prior years, we were able to confirm as active many territories by the presence of recently-fledged young and recently-used nests, using clues learned this year while more closely observing known nests.

We expanded our coverage territory to include the Sepulveda Basin, Glendale/Burbank, and Baldwin Hills. Although we attempted to expand further, to East Los Angeles/El Sereno, Encino and Pasadena; our coverage remained light, so nests from these areas were dropped from the study to ensure we were finding as many nests as possible within a clearly-defined study area.

Once again two training sessions were held, each was attended by 40+ volunteer “community-scientists” in late winter (February 1 and 9), and by the end of June, we had roughly 100 potential raptor nests/territories located, with 60 of them active at some point during the spring. As in prior years, we then assigned nests to one or more volunteers based on their location preferences and birding ability. Volunteers were asked to visit their assigned nests twice per month to identify nesting stages throughout the season. Raptor volunteers were asked to send back completed data sheets at least monthly. Each active nest was confirmed (by a photograph if possible) by Dan Cooper, Courtney McCammon, or Gerry Hans to ensure data reliability.

Another addition to this years’ survey was the collaboration with Cornell Lab of Ornithology through use of NestWatch, a nation-wide nest monitoring program designed to track nesting status and trends in the reproductive biology of birds. McCammon input the Griffith Park Raptor Survey data into NestWatch in order to contribute to a nation-wide data set increasing our understanding of differences and similarities among hawk species on a larger scale. While NestWatch is a citizen science tool used by the public in monitoring the fate of bird nests around the United States, the Griffith Park Raptor survey data has the locations kept hidden due to the sensitive nature of this shared information. This data is primarily used to support other raptor monitoring programs and to provide comparative data to fellow researchers. The public is unable to access the location of nests tracked through the Griffith Park Raptor Survey.

In all, we detected 94 active red-tailed hawk nests/territories, 93 Cooper’s hawks, 21 red shouldered hawks, 17 great horned owls, two Western screech owls, and single nests/territories each of barn owls, American kestrels, and a Peregrine falcon. These numbers (at least the diurnal species) probably more closely reflect the actual numbers of active nests in the study than those in prior years’ surveys. Nest success was very high in 2020; of 188 active nests where the outcome was known or strongly suspected, 175 fledged at least one young (93%); just 9 nests were believed to have failed, or were apparently abandoned, generally in the incubation stage.

With the expanded coverage areas, the 101-405 Freeway sub-region (including the Santa Monica Mountains between Ventura Blvd. and Sunset Blvd.) had the most active nests/territories, with 69. This was followed by Griffith Park (34) and the San Fernando Valley floor (33).

In 2020, we increased our effort determining the breeding status of territories where nests had not been located, but where we found a pair of raptors exhibiting breeding behavior such as tandem flights, copulation, stick-carrying, etc.; in some cases, we identified a territory based on the presence of a single adult, such as an adult Cooper’s hawk delivering a territorial call.

We also included as territories, areas where we found fledglings that appeared to have been hatched very close by, but where we were unable to locate a physical nest. Several of these “territories” were later confirmed as “nests” when a physical nest (appropriate to the species and clearly from the current year) was located. In all, territories without nests accounted for 16.5% of our total active breeding sites monitored (the remain ing 83.5% were observed nests).

Relatively less common than red-tails or Cooper’s hawks, both red-shouldered hawk and great horned owl nests appear to be thinly distributed across the study area, and both are nearly absent from the floor of the San Fernando Valley as well as from the Westwood-Downtown subregion, indicating the importance of hilly open space areas like the Griffith Park area in keeping them around.

Due to the great difference in our sample size of nests between 2019 and 2020 (and because so many nests in 2020 were newly discovered due to much higher effort levels and expanded coverage, particularly in the San Fernando Valley), it is difficult to compare nest re-use from 2019. However, trends remained similar, with high levels of nest and territory re-use documented for red-tailed hawks, and low re-use by Cooper’s hawks. (Note: Next year nest re-use data will be exciting with many new nests!)