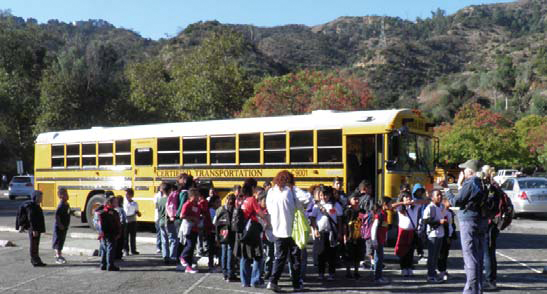 Working with the Sierra Club’s Inner City Outing Committee, Friends of Griffith Park has exposed some 320 students from Los Angeles area urban schools to the natural history and outdoor fun found in Griffith Park. Since March 2011, we have variously underwritten bus transportation, provided lunch, supplied seasoned hike leaders to act as Park guides, and arranged for experts on the Park’s flora and fauna to impart their knowledge and enthusiasm to the kids. Using the Park’s trails as a path to learning, students have not only absorbed lessons about ecology and history, they have learned hiking skills and discovered the joy of outdoor exercise, healthy habits that we hope will last a lifetime. Thank you to the Sierra Club ICO Committee, committed teachers, and to everyone who has facilitated this program which we plan to continue and expand.

Hike in March… the first of eight hikes in 2011 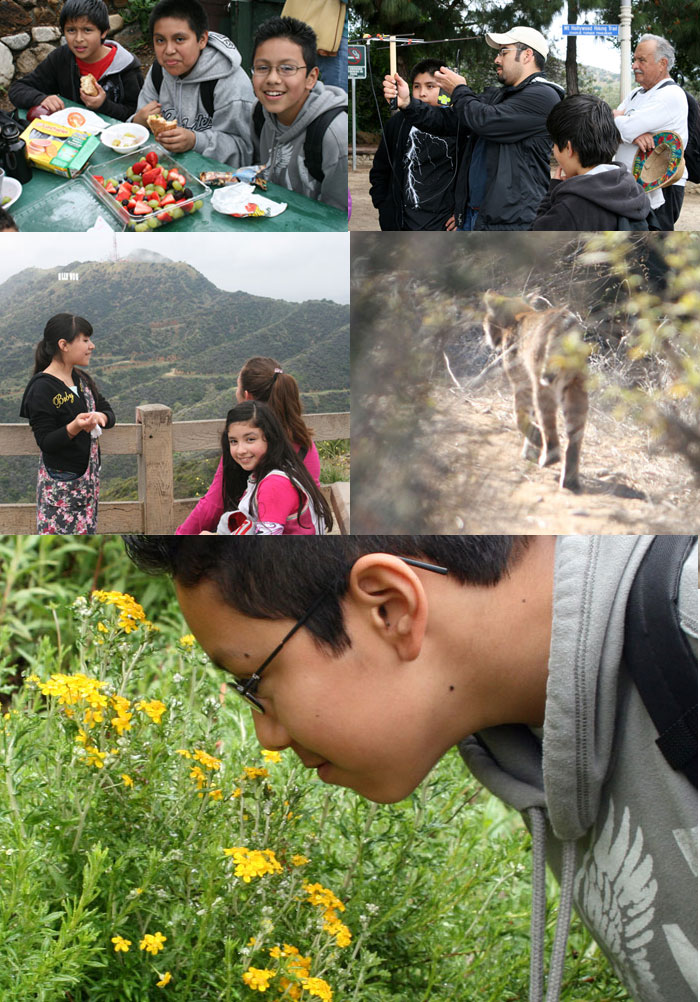 Sixth-graders conquer a peak, encounter the natives and have a blast on Griffith Park’s second Landmark Anniversary

Channeling the spirit of park benefactor Colonel Griffith, to mark the second anniversary of the Park’s dedication as a city landmark, Friends of Griffith Park partnered with the Inner City Outings Committee of the Sierra Club to underwrite an outdoor adventure for urban kids. It is the first in a series of outings we are sponsoring to help introduce children to the excitement of the natural world.

On March 27, 2011, twenty sixth-grade students from Camino Nuevo Charter Academy Burlington convened for an outing in Griffith Park that blended outdoor education and enjoyment. Before embarking on a climb to Mt. Hollywood, Friends of Griffith Park’s guest biologist Miguel Ordeñana gave the assembled students a tutorial on native bobcats and briefed them on how he studies and maps their movements in the park. He also explained how to identify the tracks of wild mammals and birds, and thanks to recent rains, viewing conditions on the ground were perfect for spotting. Throughout the hike, it was not uncommon to hear a young voice shriek excitedly, “I think I found something!” then see students and adults scrambling to make the discovery together.


photos, top left-right: Young hikers agree that lunch tastes better served outdoors on a picnic table.
Using GPS remote equipment, guest biologist, Miguel Ordeñana, demonstrates how the park’s native bobcats are tracked once they are collared. When one came within range, students were actually able to hear beeps emanating from its direction.

middle left-right: Students take in the view from Mt. Hollywood. Looking west they can see the storied Hollywood Sign and the towers on Mt. Lee.
It’s always a good idea to tread lightly. Although you may never see one of the park’s elusive bobcats, they are closer than you think.

bottom left-right: A student gives a blooming native plant, Eriophyllum confertiforium (Golden Yarrow) a closer inspection. When a mustard plant was cited as an example of a non-native in the park, one student promptly inquired, “Does the park also have a ketchup plant?”