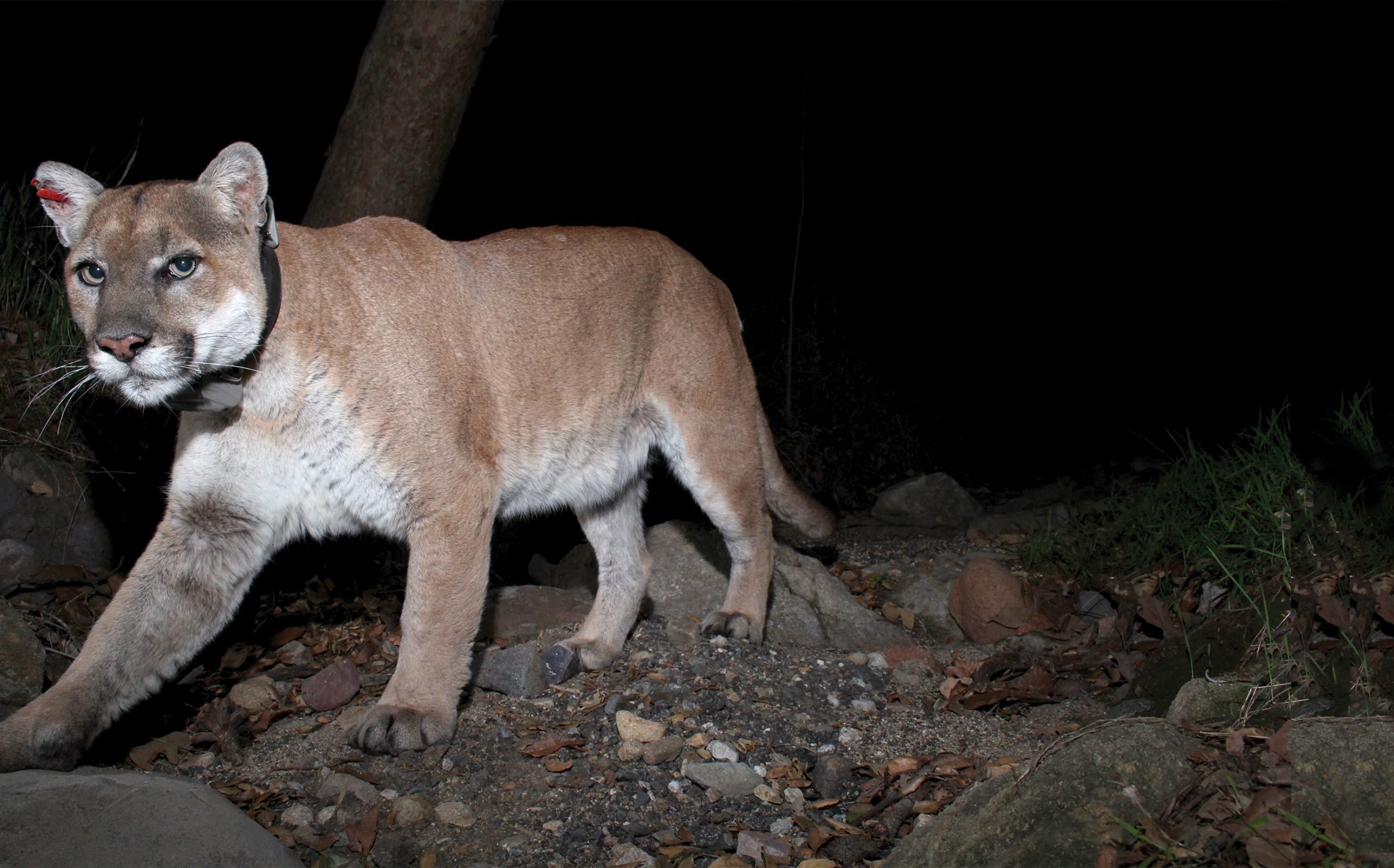 Ten years ago in 2012, when mountain lion P-22 was discovered haunting the hills of Griffith Park, this wasn’t just another example of nature seeping through the cracks in the big city. This story was different for me because here was a big cat trying to find his place in the world, going against the odds to carve out a territory and create a life to call his own.

Reading about his amazing journey reminded me of my own introduction to life in Los Angeles.

As a Minnesota-born and raised girl, coming to California was a leap of faith. I was young and out of college; I had a job secured and a place to live in Venice with a ragtag group of wannabe actors. But Los Angeles, the territory, was immense. My first week here, a group of us went up to the Griffith Observatory at night to see the city lights twinkling to San Pedro and beyond. I was overwhelmed. And scared. How will I ever find anything in this place!? How will I ever find me?

Armed with a tattered, hand-me-down copy of the Thomas Brothers Guide Book (this was the ‘80s after all!), I memorized street names (mispronouncing La Cienega as The Cigar Box), learned the freeway system, scribbled shortcuts on post-it notes. I got lost numerous times, retraced my path and kept plugging away through frustrations, banging my head on the steering wheel and not understanding that the 101 N often travels west and the 101 S is frequently eastbound.

P-22 didn’t have the luxury of a Thomas Brothers. He left the Santa Monica Mountains and survived two dangerous freeway crossings by following some internal compass that led him to a place that offered food, water and shelter. Arriving as a young cougar, he had the energy to quickly settle down and get to work to make Griffith Park his home.

I imagine P-22’s first days in Griffith Park were spent constantly looking over his shoulder, sniffing the ground for other mountain lions, learning places where humans congregate, discovering the best techniques to hunt deer. How many times did he fail? How many times did he sulk back to his lair empty handed (or empty-pawed)?

Those early years in Los Angeles, I often felt like I was failing, frustrated and far away from home. In addition to learning the territory, I was also navigating the world of work; with each career and apartment move, I wondered, “Am I doing the right thing?” I wanted to discover what I really wanted to do with my life. To find a purpose.

I may have felt alone, but I was lucky to have had good friends on my side. Friends who picked me up from a freeway off-ramp when my car blew up. Helped me understand the psychology of co-workers. Offered solid advice on the numerous blind dates I went on. And lucky for P-22, he too, had – and still has – friends.

He’s got biologists who track his movements and keep him healthy when he gets sick. He’s got folks infusing him with a wise-cracking persona and social media account so he can be a spokescat for his kin and illuminate the plight of mountain lions everywhere. He’s got world-class photographers snapping his pix and displaying his likeness on magazine covers like a true Hollywood glamour star. He’s got fans around the world and there’s even a movie made about him.

OK, here’s where my story differs from P-22. There’s no B. Rees flick or technology monitoring my every movement (wait! I do own a Smart phone…hmmm….)

But at the end of the day, when the golden sun is setting into the shimmering Pacific Ocean, I’m content in my warm house and the sweet life I managed to carve out here in Los Angeles; it took years to find purpose, love, shelter, friends and family. But well worth it.

On starry evenings, I imagine P-22 resting on a rock outcrop, licking his paw to ear to muzzle, observing the snake of traffic below, hearing the hoot of the owl above. His ears twitch and he causally bats away a fly. He half-closes his eyes.

And together, we sigh.

(The first image of P-22 was recorded on February 12, 2012 at 9:15pm; he was discovered during the Griffith Park Wildlife Connectivity Study, a project funded primarily by Friends of Griffith Park with additional support from the Hollywood United Neighborhood Council (HUNC). The study was overseen by Cooper Ecological Monitoring and conducted by biologists Dan Cooper and Miquel Ordeñana along with Erin Boydston of the USGS Western Ecological Research Center. The study featured several trail cameras placed strategically throughout the Park; the study ran from 2011 – 2014.

A recent article in The New Yorker magazine encapsulates the growing problems for mountain lions and other species isolated by Southern California freeways.