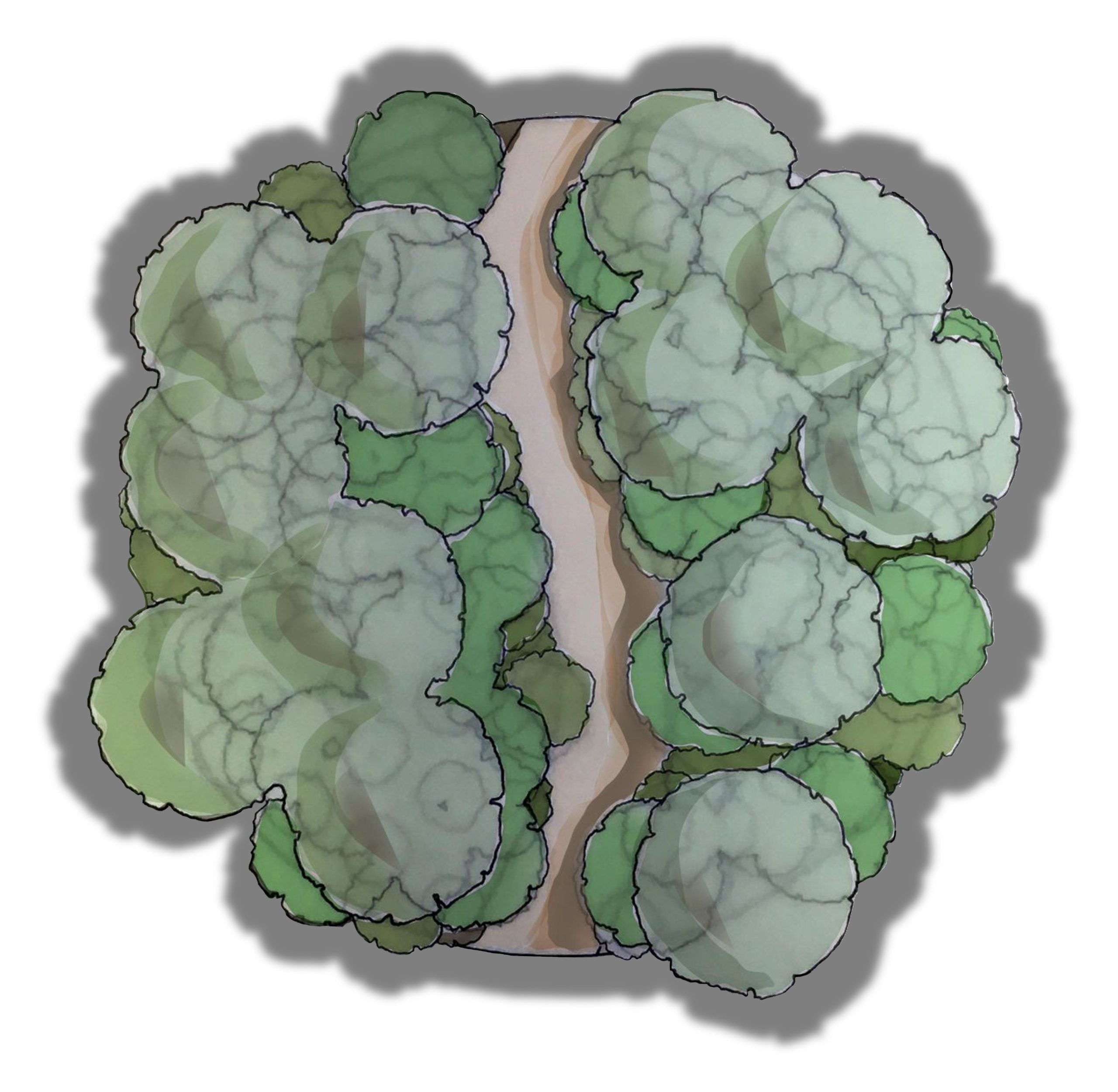 Thanks to support from the Hancock Park Garden Club, the Bette Davis Picnic Area of Griffith Park is becoming home to a new native Micro-Forest as part of the Los Angeles Parks Foundation’s LA Park Forest Initiative. This new 900 square foot micro-forest is being modeled after the Miyawaki method of afforestation. Unlike a traditional tree planting, this method of afforestation involves using strictly local, indigenous species, and planting them very densely, with various layers of vegetation (e.g. understory, shrub, tree, and canopy trees) planted side by side to provide a thick, impenetrable quality over time. The resulting self-managing forest ecosystem — which includes a center, decomposed granite pathway for observation and enjoyment — is said to require zero maintenance after two years and may host as much as 20 times the wildlife biodiversity of non-native, managed forests.

If you wander into this area, you may see baby saplings in the ground by the summer; in two years, we expect a full, albeit very young forest.

What makes the project unique is that more than 90% of the plants and trees in this “forest” were grown from seeds collected from within Griffith Park. By utilizing seeds from wild specimens that have survived without extra water or care on our hillsides and in our canyons, we are setting up the forest to be as regionally resilient and successful as possible. Species were chosen based on their ability to withstand summer drought, their superior wildlife value, and their ability to tolerate both the sunny conditions of the young forest, as well as the shadier conditions of the mature forest.

Berry-producing shrubs like toyon (Heteromeles arbutifolia), lemonadeberry (Rhus integrifolia), coffeeberry (Frangula californica), and elderberry (Sambucus nigra ssp. caerulea) are planted amongst nut and acorn producing trees, such as the increasingly endangered California black walnut (Juglans californica), coast live oak (Quercus agrifolia), and California bay (Umbellularia californica) to provide maximum habitat support for our local songbirds and other wildlife. Understory species such as heart-leaved or climbing penstemon (Keckiella cordifolia), California wild rose (Rosa californica), creeping snowberry (Symphoricarpos mollis), and fuchsia-flowered gooseberry (Ribes speciosum) provide dense shelter and protection for ground and shrub-nesting birds and small mammals. Natural mulch protects the ground from the invasion of weeds, but also supports a variety of insects and microorganisms as it decomposes. Those insects and microorganisms form another critical part of the food web, while at the same time enhance the health of the soil, which in turn supports the growth of the shrubs and trees in the forest.

This innovative project has support from many partners. In addition to the generous support of the Hancock Park Garden Club, the L.A. Department of Recreation and Parks is enthusiastic about identifying low-maintenance native plants that can thrive in other city parks, and LA Audubon Society is on board to measure the impact of this project on local bird life.

This self-sustaining model of native forest ecosystem creation could become a game-changer for Los Angeles and would be a replicable model that could be used at other parks, in schools, at businesses, in home landscapes, or even alongside freeways, bike paths, golf courses, horse trails, and other urban greenways. The positive impacts for biodiversity enhancement, pollution mitigation, reduction of surface air temperatures, urban beautification, and carbon sequestration are endless.