Trail Signage is a Necessity in Griffith Park 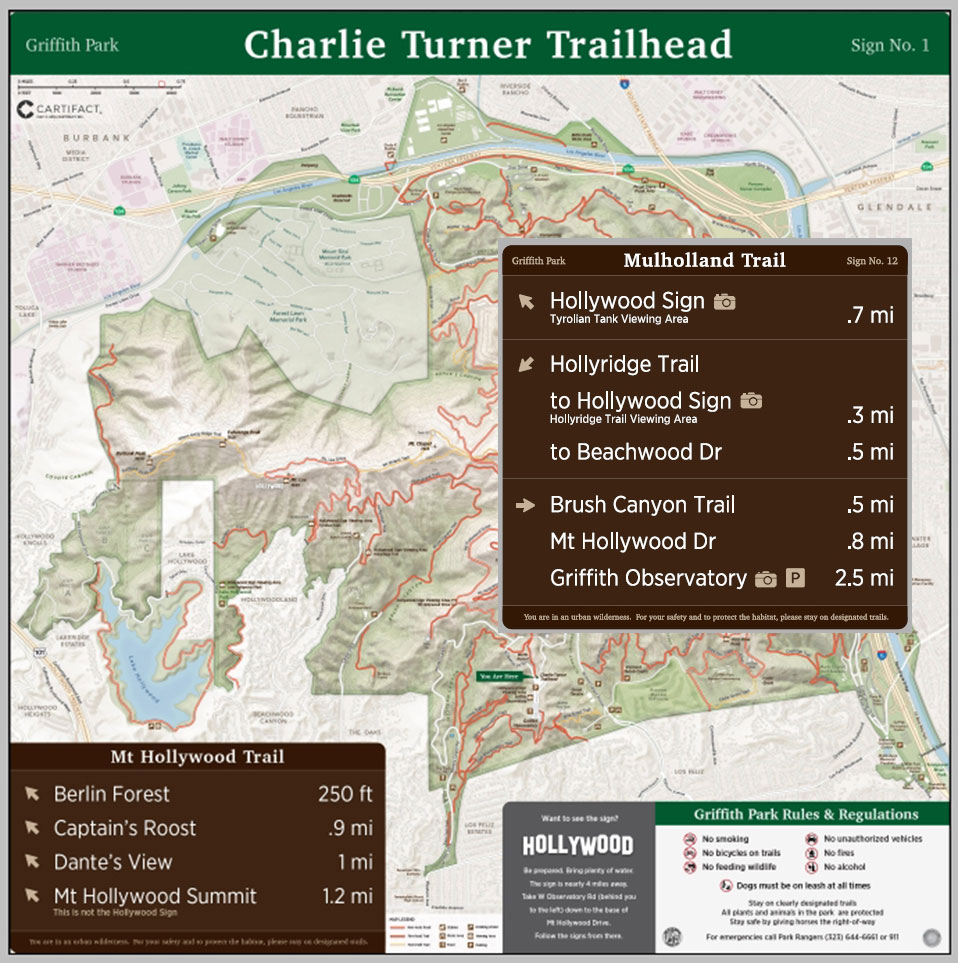 Friends of Griffith Park has long-recognized the dire need for directional trail signage in the park, especially in areas where ill-prepared tourists frequently get lost and don’t realize the distance to destinations like the Hollywood Sign.

Prop K money became available for Park signage in 2011, but never even made it to a demonstration project phase. FoGP participated in the drive to get signage installed; however the effort fell on deaf ears.

This year, with the plethora of tourists being diverted to Griffith Observatory as a starting point on their quest for “selfies” and treks to the Hollywood Sign, Rec and Parks General Manager Mike Shull declared signs a critical step for the safety of park patrons. The initial focus for trail signage was to be the area most heavily used by tourists, spanning from the Observatory to Mt. Hollywood, and to the Hollywood Sign at Mt. Lee.

Fortunately, our Park Rangers have extensive knowledge of the trails and the trouble spots for hikers. Senior Ranger Adam Dedeaux led the effort which was coordinated through an ad hoc committee of the Park Advisory Board chaired by FoGP board member Laura Howe. Other FoGP board members who know the park like the back of their hands participated as advisors in the process. Cartifact, the firm that produced park maps for Council District 4, handled the design.

The end result is the creation of four trailhead signs and twenty-three directional trail signs. The signs are simple, low-profile and are “park style,” similar to those found in our national parks. At the time of this writing, the signs are being manufactured and should be placed by the end of year. Thanks to the Park Rangers, Cartifact, LA Rec and Parks and the team that came together to make this happen. Designing signs takes a lot of hands-on effort. We are proud to have participated in their creation and look forward to feedback from hikers! 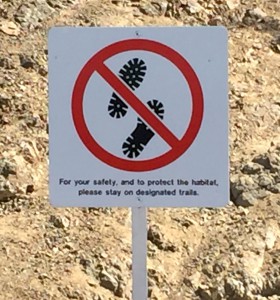 Also note:
Hiking off-trail has become a significant problem in Griffith Park. These new small signs are being installed to remind hikers and Park users that habitat damage occurs when short-cuts are taken. Please stay on trails!