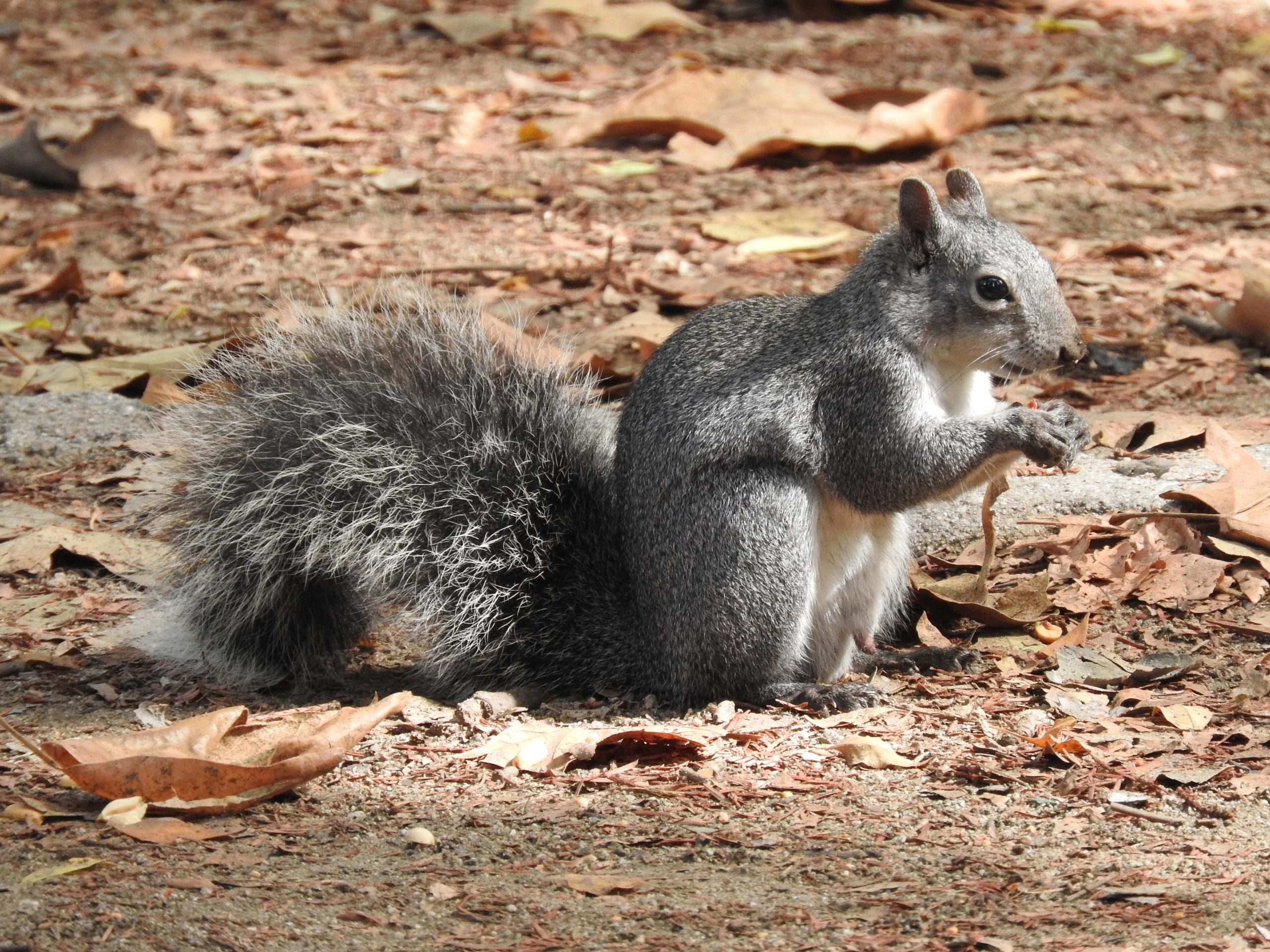 At one time, the western gray squirrel (Sciurus griseus) ruled the roost, so to speak. That was, until the early part of the 20th century when the eastern fox squirrel (Sciurus niger) was “accidentally” introduced by Civil War veterans housed in Westwood.

As the story goes – many of these veterans came from states as far away as Kentucky and Tennessee and brought items that made them feel less lonely. One of these was the eastern fox squirrel – which they brought in as “pets” – and as one of the ingredients for squirrel stew (this story came from Jim Dines at the Natural History Museum).

But veteran administrators frowned on the “rodent as stew” idea and forced the immediate release of these captive squirrels. And of course we know what happened next, right? After all, it happens every time a non-native is introduced into a new territory. It’s called competition for resources, and apparently the eastern fox squirrel is a natural born invader.

By the 1930s, this cute little non-native eastern fox squirrel was pushing further and further into western gray squirrel territory, upsetting the natural balance. Adding to the problems for western grays — loss of habitat, species isolation and climate change in short order, and suddenly this squirrel was on the tipping edge of a species in decline. And because western grays are considered a “keystone species”, if this squirrel disappears from the landscape, their removal would signal problems for native oak woodlands.

According to DeMarco, one of the last western gray populations in the LA basin can only be found in Griffith Park. He also spells out some possible solutions for reintroduction to areas of Griffith Park where this species has declined.