During the L.A. Raptor Study 2022 nesting season, we were once again reminded that rat poisons (rodenticides) don’t just kill rats; they are also effective killers of birds, especially hawks and owls which prey on rodents. It’s ironic that people and pest control professionals still unintentionally kill Mother Nature’s own best rodent exterminator. When will this stop?

A red-shouldered hawk pair (RSHA-561) was raising a family in a park-adjacent hillside neighborhood. They settled into their newly-built nest in a eucalyptus tree very close to the tree where they had nested the previous year. Two chicks hatched in mid-May, and the parents worked together to bring them food and watch over them. Parent hawks share nest-sitting and hunting duties, more or less, without gender bias.

Sadly, I was called by a resident whose gardener had just found a hawk dead in the backyard. I identified it as a red-shouldered. Knowing a nest was just two blocks away, I surmised it was the father of the nearby chicks. I collected the carcass and arranged transport for lab testing.

I wondered whether two chicks can survive with only one parent since our Raptor Team’s own field experience and scientific literature suggested a single parent is usually only able to raise only one chick on its own. After two weeks of close observation, with help from a capable volunteer, this again proved to be the case. The more dominant chick continued to thrive and fledged three weeks after its father died.

UC Davis Veterinary Medicine Laboratory (San Bernardino) is where FoGP transports carcasses for testing. During the 2021 Raptor Study, a juvenile great-horned owl was confirmed dead as a result of anticoagulant poisoning. This time, the red-shouldered hawk lab results showed three different anticoagulant agents in liver tissue, two of which were the potent, second generation type. Although coagulation was not detected in the necropsy to prove cause of death, it is highly likely the anticoagulants sickened the colorful male hawk.

This leads us to once again go over the basics of eliminating rodent problems, while protecting birds and other wildlife from succumbing to rodenticides. In fact, our website contains nearly twenty articles regarding rodenticide data, dating back to 2012 which is accessible if you use the “search” feature in the menu.

Primary Rodent Control
Fundamental to rodent control is discouraging their presence by removing sources of food, water and shelter:
• Don’t leave pet food and water outdoors.
• Seal all gaps around air vents, sub-areas, attics and other small openings.
• Remove ivy as it provides shelter and food for rodents, and creates “rat ladders” to homes.
• Keep compost piles far away from structures; keep yard and garden trimmed.
• Bird feeders need squirrel guards; don’t let seeds accumulate on the ground.
• It’s also important to clean up trash that could be providing shelter for rodents.

Secondary Rodent Control – Traps, Old and New
Only when it becomes necessary, the best secondary method to control rodents is by using traps:
• The best trap is the cheap, old-fashioned, wood-based “snap trap,” which kill instantly and are less cruel than a slow death from rodenticides. Read online for tips.
• A new type of trap that seems to work well is the electronic trap, also causing quick death at a high voltage. These aren’t cheap, shop online at $30-50.
• Don’t use glue or live traps as species like lizards and birds become unintended victims.

When in Doubt, call a Professional

If these hands-on pest control methods do not appeal to you, by all means call a professional. Be sure to stipulate that the method of eradication used does not involve anticoagulant rodenticides and is otherwise safe for pets, children, wildlife and the environment.

END_OF_DOCUMENT_TOKEN_TO_BE_REPLACED 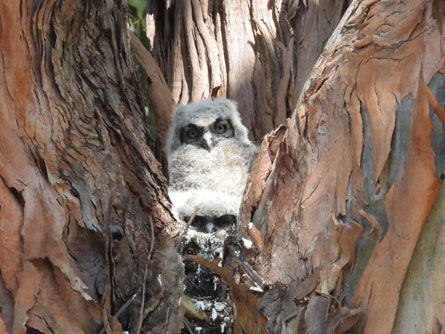