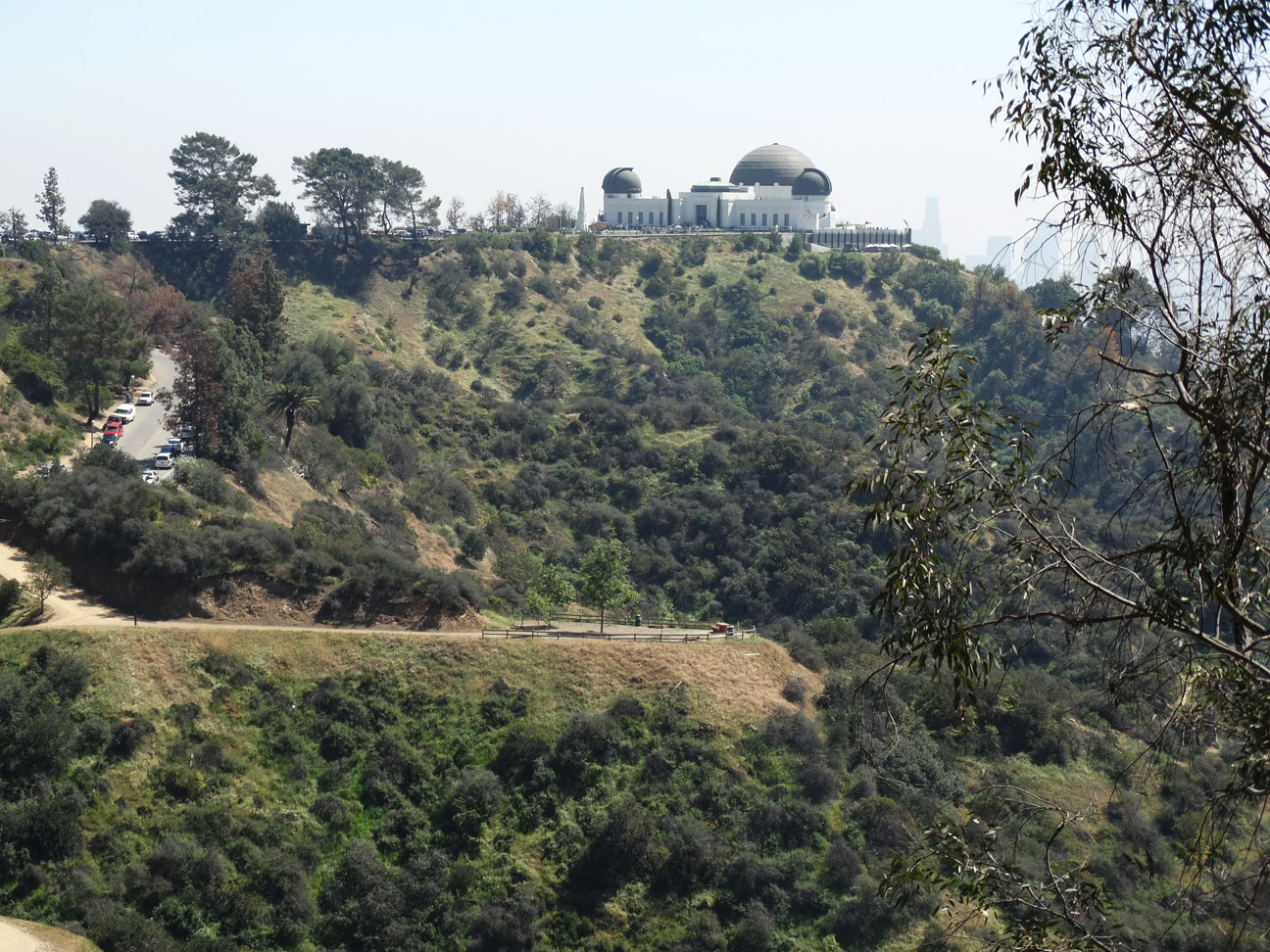 For nearly 25 years this area was embraced by equestrians, bicyclists, hikers, runners and families pushing strollers. On any given weekend they could be seen enjoying beautiful vistas while taking advantage of the safety provided by these closed roads.

A brief history of the roadways

Mt. Hollywood and Vista del Valle Drives were constructed in the 1930s by Civilian Conservation Corps workers (part of the national effort aimed at getting Americans back to work during the great Depression). The construction of these roads not only provided job opportunities; they drew massive numbers of urban dwellers into Griffith Park, many for the first time were there to experience the healing effects of nature.

However, by the ‘70s and ‘80s, interior roads were seeing a core shift in usage. People began using canyons as trash dumps, there was increased graffiti, and brush fires in the parkland were multiplying. Worse, lewd behavior and an escalation in criminal activity was making the park unpalatable to many who had come to commune with nature.

After Park activists began objecting to this increased level of destruction, at the request of Councilman John Ferraro and his deputy, Tom LaBonge, Rec & Parks wisely decided to close the two roads to vehicular traffic. The area was immediately transformed; far less garbage made its way down canyon slopes, earlier criminal and lewd conduct all but disappeared, and people again flocked back to these roads, this time as passive recreationists. And because the roads were less congested, emergency vehicles were better able to respond to potential problems in the Park, like brush fires.

In a 1992 commentary in the L.A. Times, Mike Eberts, author of “Griffith Park: A Centennial History” wrote — “As we decide how to “Rebuild L.A., we should also decide what not to rebuild. We shouldn’t rebuild Mt. Hollywood Drive and Vista del Valle Drive. Take cars off these roads permanently. Let this small sliver of our city grow with nature, not blacktop. Let it be a haven for anyone wishing to escape the maddening din below.”

Today a different story is emerging

In March 2015, long after the city originally closed the two interior roads, a decision was made to reopen Mt. Hollywood Dr. and consider a pilot program aimed at permanently reopening the road to parking. According to Rec & Parks, this reopened stretch could potentially generate enormous revenues for city coffers. Another reason for implementing a parking plan along Mt. Hollywood Dr. was to decrease the traffic burden in Beachwood Canyon, generated by renewed public interest in the Hollywood Sign.

As hordes of drivers descended on the Park, the reopened stretch along Mt. Hollywood became a traffic nightmare. Cars maneuvered around people biking or walking, or attempted three-point and U-turns. Some cars were even parking on the wrong side of the road, creating parking chaos. Not only did the onslaught of vehicles create problems; enormous amounts of garbage were left by visitors littering the area with fast-food wrappers, soda cans, water bottles, and even used diapers and feminine sanitary products. Garbage cans could be seen further down the slopes, spilling their contents among the native chaparral. A more disturbing and potentially destructive issue—smokers could be seen in extremely sensitive areas, disposing their cigarettes along the roadsides, and even in dry brush. Even more worrying—emergency vehicles could be seen attempting to traverse the congested roads, to little avail.

The Pilot Project ended April 12, and when pressed for information regarding results, the department responded the study is still being analyzed and will be presented to the public upon completion.

Meanwhile, car-centric LA is creeping back into the Park—actually, it’s been more like floodgates opening on this highly sensitive area, spewing forth cars and people who seemingly have little regard for this spectacular urban wilderness. Griffith Park has become the go-to place where people can achieve the best “selfie” with the Hollywood Sign in the background.

And if these interior roads remain open to Park visitors—the long-term impacts to this wilderness may be disastrous, unless specific rules regarding appropriate behavior are in place and enforced. Furthermore, many of these visitors are ill-equipped for a trek around the Park, either hiking in shoes better suited to a dance floor, or hiking without water.

What are the downsides of this potential revenue scheme?

So far there seems to be no long-term solution proposed by the City to counter the immediate problems of huge numbers of cars and people visiting the Park. Reopening roads in this highly-sensitive parkland jeopardizes Park wildlife, and people in many ways. Erosion along slopes and ridgelines has been increasing, as has the amount of graffiti covering more and more natural Park elements.

However, proposals have been advanced by concerned park users including Friends of Griffith Park. A traffic management plan limiting the number of vehicles entering Griffith Park during high volume days or times is one recommendation. Greater use of shuttles would allow park visitors access while reducing the number of vehicles. At the same time, recreational groups and individuals could still utilize and enjoy the natural areas. Another proposal would erect a Hollywood Sign Visitor Center in Hollywood providing visitors a view of the sign plus shuttle service to the sign and other L.A. attractions.

Moving toward a solution to protect this Parkland for future generations will not be easy, but we are hopeful that Rec & Parks will ultimately adopt a more comprehensive “Green” response to traffic and visitor problems generated along Mt. Hollywood Drive.