“Bernadette leaves behind a legacy of activism in the Park. She inspired many members of Friends of Griffith Park who continue to carry on her vision.” 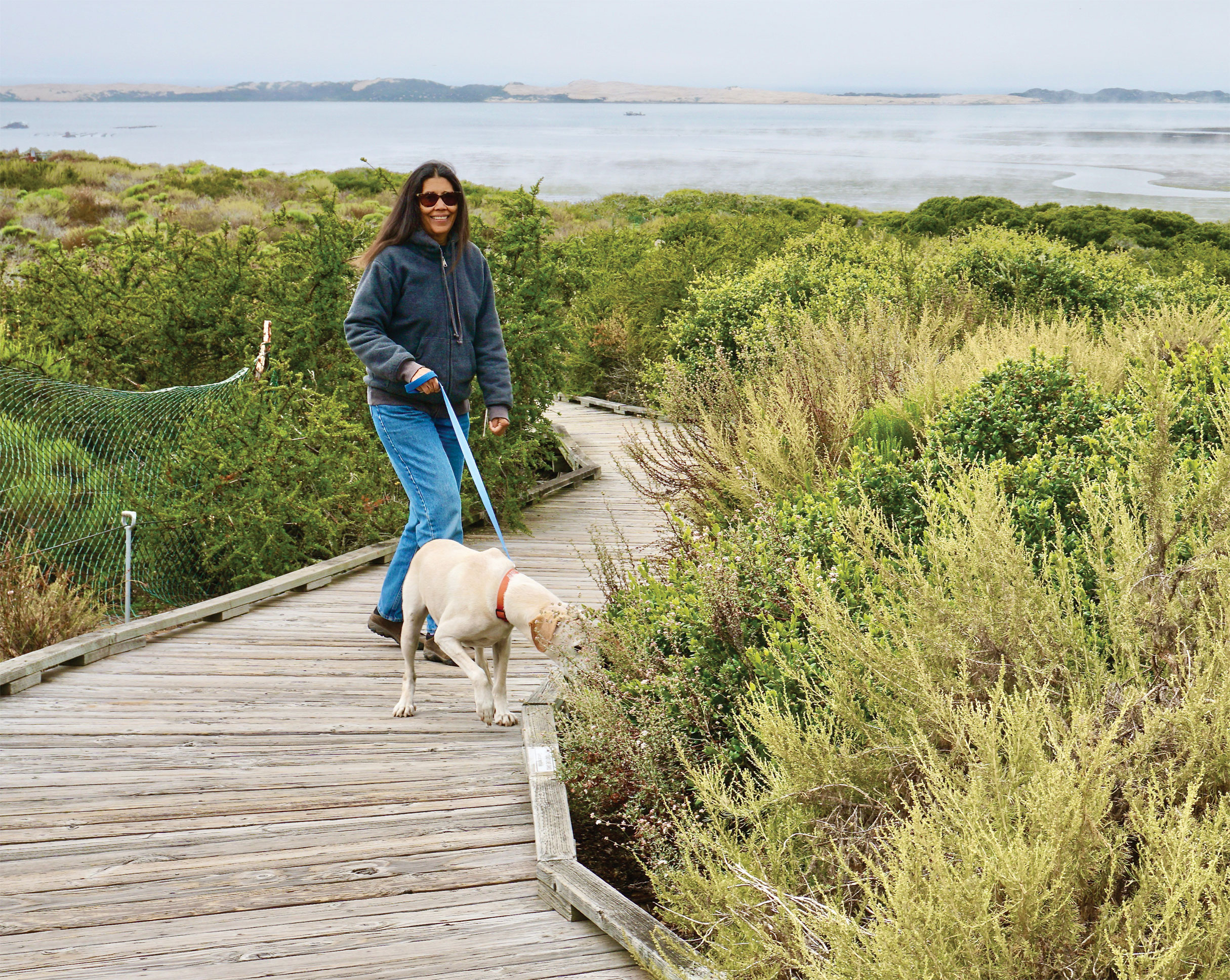 Bernadette Soter, a long time champion for Griffith Park, passed away on October 4, 2022 after a 2 1/2 year battle with cancer. For many years, she had put her heart and soul into protecting Griffith Park.

Bernadette was active with the Greater Griffith Park Neighborhood Council (GGPNC) where she headed its Parks, Rivers, and Open Space Committee (PROS). She also served on the Master Plan Working Group made up of ordinary citizens who loved the park and who completely rewrote the master plan, after the Melendrez Master Plan had been rejected by the community. She aligned a small army of petitioners to gather more than 12,000 signatures for the Save the Park campaign which was instrumental in leading to historical analysis to make Griffith Park – in its entirety – Historic-Cultural Monument #942 in 2009.

Over time, it became clear that Griffith Park needed a friends support group so Bernadette and others on the Working Group put their heads together and in 2010 created Friends of Griffith Park. Nowadays, the fruits of her labor can be seen everywhere in the Park, from the revitalization work done in Fern Dell, to the Anza Trail dedication by the National Park Service, and L.A. City’s acceptance of A Vision for Griffith Park, which embraces the Park as an “Urban Wilderness,” – all of it!

“When asked why keeping a few more trees in Griffith Park mattered, the answer was often grounded in the reality that Bernadette Soter said it should matter. She matters and her legacy lives on in every tree, rock, swale and blade of grass that survives the bulldozer and development in and around Griffith Park. She matters because Bernadette was an exemplar of the best of community service and activism in a time when such exemplars are hard to identify. She matters because those who come after must know what courage, conviction, passion and compassion can bring to a cause.

My total knowledge of Bernadette is bookended by approximately 36 months of intense work when Bernadette and her beloved husband Chuck Soter, shepherded us all through the politics of keeping Griffith Park as much like an urban wilderness as possible. Bernadette and Chuck were among the first to recognize that Griffith Park was about to become something resembling a dumping ground for the development aspirations of politicians and money folks alike. The Soters went to work to keep that from happening.
­­
Bernadette’s considerable knowledge, coupled with her incredible energy and drive, made it impossible to say no. While she managed to produce the Master Plan for Griffith Park, it was never formally adopted, yet remains a sterling example of what a volunteer with courage, drive and transparency can do to help a community come to realize the best of itself.”  – Valerie Vanaman, FoGP Advisory Board

“Bernadette reminds me of Van Griffith’s mother in her fierce defense of the Park. Bernadette is a force of Nature.”  ~Clare Darden, Griffith Charitable Trust

“Bernadette was already lead defender of Griffith Park when I first became active with Park politics. She was not shy to stand up for the principle that the Park was for the ‘plain people,’ per its benefactor. She readily became my mentor, which continued into the formation of FoGP.

Her depth of knowledge of the Park’s history and seeing change in front of her eyes stoked relentless energy and passion. It sometimes consumed her.

In those earlier times, projects were attempted in the Park, with little outreach. She led the charge, sometimes successfully. The year 2003 brought hope with the possibility of an enlightened Master Plan; yet the product shown to the public in 2005 was highly defective. Bernadette would serve on the Working Group to re-write the plan, playing a key role in its evolution which later became A Vision for Griffith Park.

The formation of the Greater Griffith Park Neighborhood Council (GGPNC) led to the Parks, River and Open Space Committee (PROS), which Bernadette chaired for several years. It was decided, a “Friends” group for all of Griffith Park was overdue! She was driven to create the non-profit as a founding board member.

I will always have the greatest respect for Bernadette, as she applied her talents and brilliance as an activist and a community leader. We all benefitted from her work.”  ~Gerry Hans, FoGP President

“I have such fond memories of Bernadette. In 2005, I started attending the PROS Committee meetings because I wanted to protect Griffith Park. I knew very little at the time about all the ins and outs of city politics and how the public can make a difference. She became my champion, encouraging me to run for neighborhood council and to get more involved. A few years later, I came to her with the idea of starting a group to help protect Griffith Park. With her leadership, Bernadette spearheaded Friends of Griffith Park. She was my inspiration.”  ~Laura Howe, FoGP Board member

“Bernadette was a champion with great passion at bringing the community together for the greater good.”  ~Joe Salaices, former Griffith Park Superintendent

“I am deeply saddened to learn about Bernadette. She was so talented overall, and in so many particular ways. I love reading her story about Fern Dell—and sharing it with all the folks whom Marian and I have led through the ravine in reality and historically.”  ~Richard Stanley, FoGP Advisory Board

“Bernadette wrote the excellent The Light of Learning, a rich illustrated history of the Los Angeles Public Library from 1872 through the 1986 fire and the renovations. She was an encouraging supporter of the Los Feliz Branch Library.”  ~Pearl Yonezawa, Senior Librarian, Los Feliz Library

“Bernadette was a dedicated, passionate and forceful protector of Griffith Park. We enjoyed helping her save it…She had strong ideas that we respected. We wish we could have known her longer.”  ~Ron and Carol Brusha

“I worked with Bernadette on the Greater Griffith Park (now Los Feliz) Neighborhood Council. She was untiring in her efforts… She had a great repository of knowledge of the Park, and had friends who would turn out to assist with time, expertise and money… She made an enormous contribution to the Park and to the community at large…”  ~Kenneth Owen, former GGPNC Board member

“While we worked with other organizations and individuals to ensure the preservation of Griffith Park, Bernadette, Dora Herrera and I would occasionally­­ roam through various parts of the Park and it was during these small treks that I understood how deep was Bernadette’s depth of knowledge and desire to preserve the space. She was indeed a force to be reckoned with, and like others have said, the void left by her passing leaves a sadness that will not be easily filled.”
~Kathryn Louyse, FoGP Board member