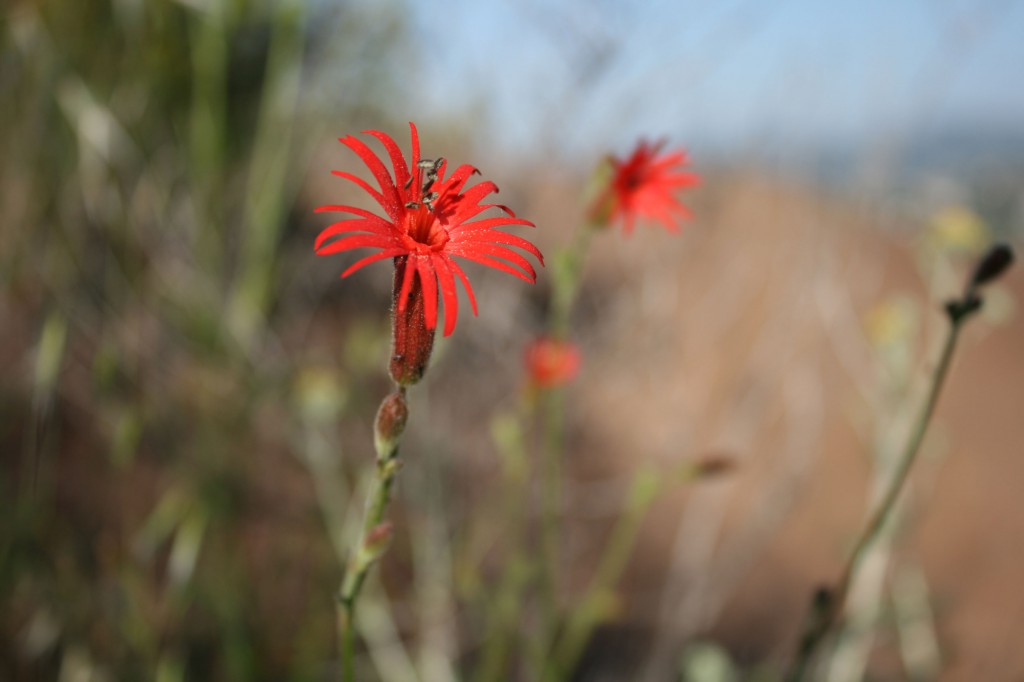 With its diverse terrain, deep valleys, ridgelines, and even natural spring-fed drainages, Griffith Park boasts multiple vegetative habitats. Of the nearly 300 native flora species in the park, some are precious simply because of their limited occurrence and distribution. Beginning early in 2010, Griffith Park Natural History Survey (GPNHS) piloted a Rare Plant Survey focused on official “special-status” species, designated by California Native Plant Society (CNPS) as Category 1 taxa. However, with a large professional and volunteer effort in place and a perfect year for long blooming periods, the survey expanded to include other “targeted” species, such as plants which are not rare, but have very limited local and regional presence.

The project was managed by Cooper Ecological Monitoring and was funded in significant part through the efforts of Friends of Griffith Park. FoGP was also successful recruiting volunteers for the many hours spent methodically searching for wildflowers. Distributions of targeted flora species were mapped for all 40 grid sections in the park, and in only 7 grids were no targeted species documented. Occurrences of targeted species ranged from less than 10 plants in a 5 x 5 foot area (Slender mariposa lily) to widespread occurrence for others.

In summary, important populations of rare plants were found park-wide, with no regions of the park that could be declared unimportant to rare plants. Also, several new species, most presenting as single populations or single plants were documented for the Park. The Rare Plant Survey, in its entirety, is now available (FREMONTIA VOL. 38:4/39:1, pp. 18-24).