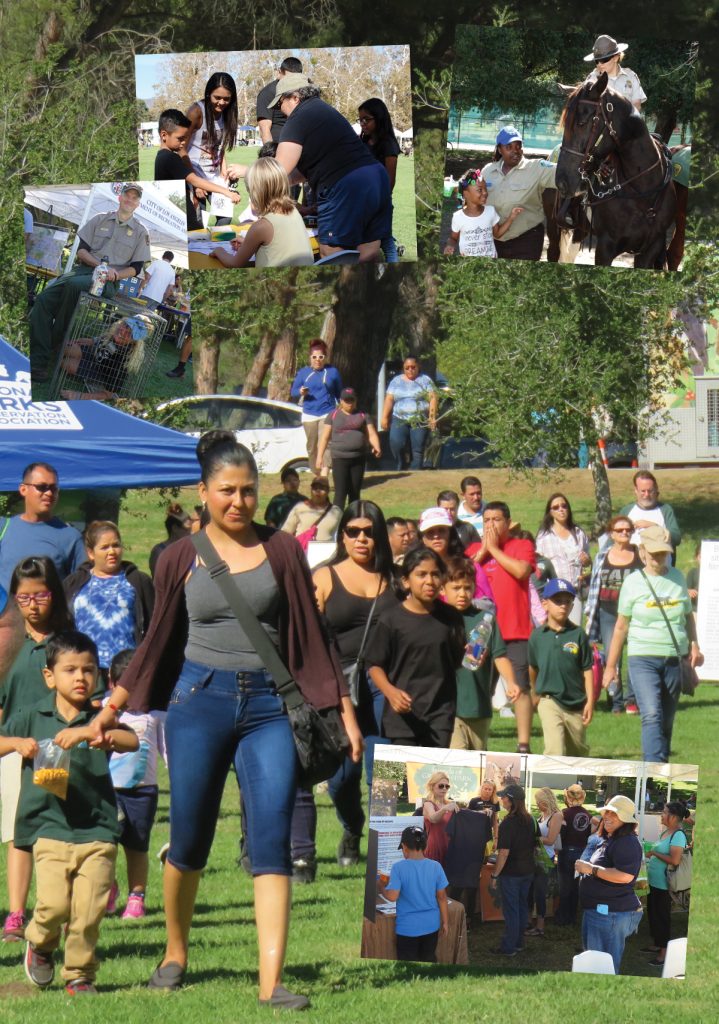 Hundreds of visitors swarmed Griffith Park on Saturday, October 22 to celebrate Urban Wildlife Week and P-22 Day. They converged on Park Center to cheer hikers along the last stretch of the 50-mile trek from Agoura Hills into the Park to celebrate Griffith Park’s resident mountain lion – P-22 – who completed a similar trek in 2012. The event was hosted by the National Wildlife Federation (NWF), the National Park Service (NPS), and Friends of Griffith Park to focus attention on the critical need to provide wildlife connectivity so that other species will not be trapped south of the 101 freeway. To re-establish links to the Santa Susana Mountains and Los Padres National Forest, a wildlife crossing has been proposed across ten lanes of the 101 at Liberty Canyon in Agoura Hills which would increase genetic diversity in several species.

The National Wildlife Federation is currently raising funds for the crossing bridge. NWF California Director Beth Pratt-Bergstrom hiked the entire trail wearing a transmitting collar like the one worn by P-22. On the final day Beth was joined by FoGP’s Gerry Hans, Mary Button, Miguel Ordeñana and a slew of reporters including New Yorker magazine. For the final stretch from Spring Canyon hikers were also joined by scores of school kids and LA Councilmember Paul Koretz.

Thanks to all participants for a successful event.