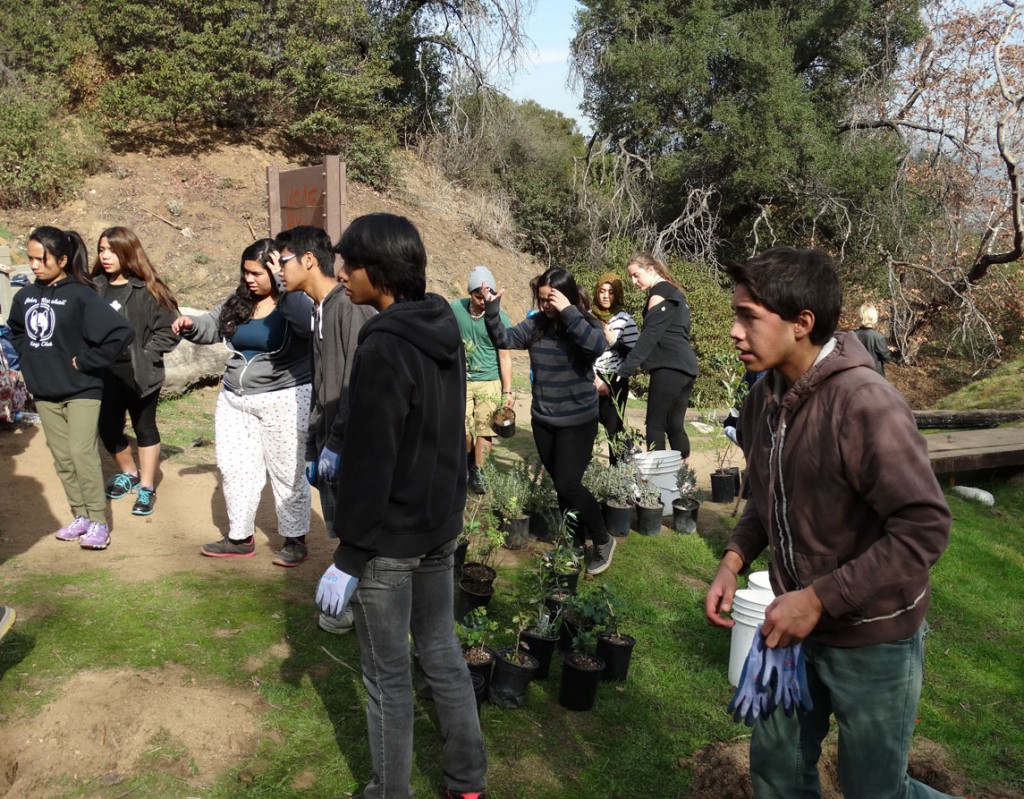 In 2007, fire devastated huge swaths of Griffith Park, including the Fern Canyon area near the merry-go-round. Although fire is an essential, healthy part of the natural ecosystem, nature sometimes needs a helping hand to recover from a disaster of this magnitude. Fern Canyon, once a lush, seasonal riparian area and beautiful nature walk was in dire need of restoration after the fire and recent drought.

As the mission of Friends of Griffith Park is to protect and preserve the Park’s precious resources, our organization realized Fern Canyon would recover from the effects of the fire more quickly with an infusion of human intervention. With this in mind, Friends of Griffith Park approached the School for Environmental Studies at John Marshall High School to enlist their aid in the recovery of Fern Canyon.

In order to successfully plant native species, Marshall  students first conducted soil sample tests to identify which plants would do best in which areas. Based on those results, students created a plant list and drew plans to achieve optimal plant distribution.

It was essential that these plants eventually survive on their own and to achieve this goal, Marshall students hand-carried water to the site as the area has no natural irrigation system. Griffith Park Rangers helped the process by providing a watering tank near the planting site.

In addition to damage from the fire, the Fern Canyon area was impacted by spates of vandalism. In order to address the issue, Marshall students along with other volunteers, worked to mitigate graffiti and repair the vandalism done to this natural amphitheatre.

Friends of Griffith Park owes Griffith Park Rangers a tremendous debt of gratitude for their efforts in this native planting project as well as their ongoing commitment to protecting Griffith Park and those who utilize the­­ Park.

Thanks also to Park Ranger Albert Torres who helped coordinate this restoration effort with Los Angeles Department of Recreation and Parks. 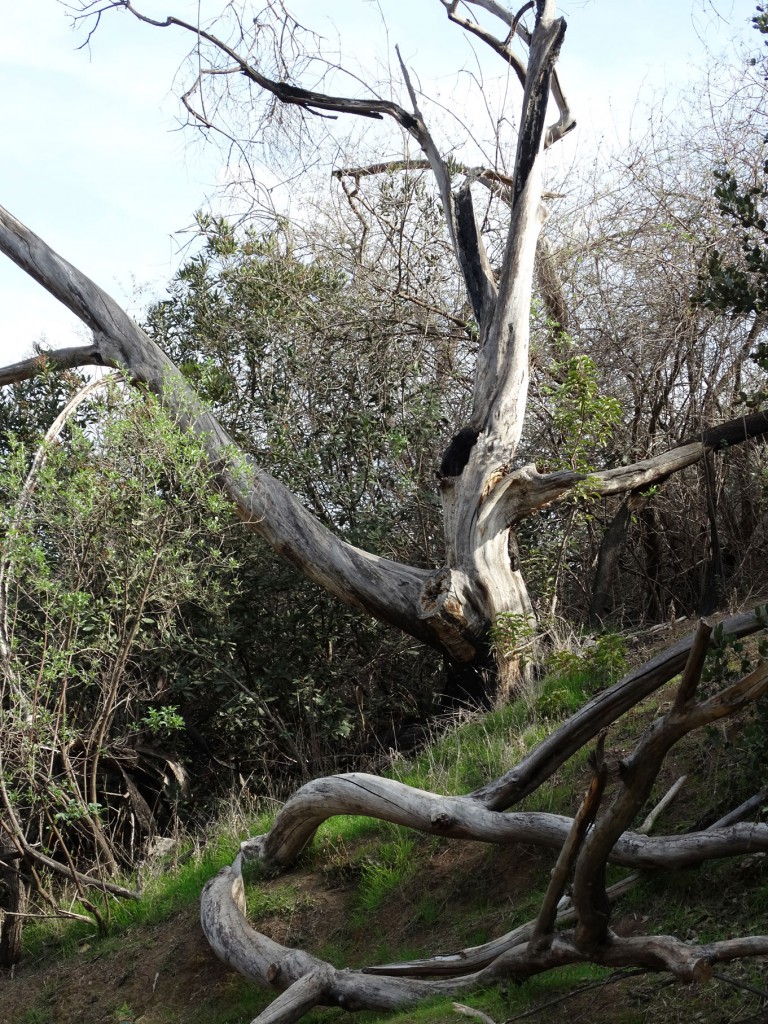 Because of the special care given during the early planting stage, this area is once again flourishing.

Friends of Griffith Park and volunteers from the community continue to water the plants on a bi-weekly basis as plants are still establishing in the area. Eventually they will be able to thrive on their own.