“The Bee Rock Trail Restoration has been a wonderful project, and the transformation of the trail has been greeted with genuine praise and gratitude from avid and casual hikers alike,” says Reyes”. 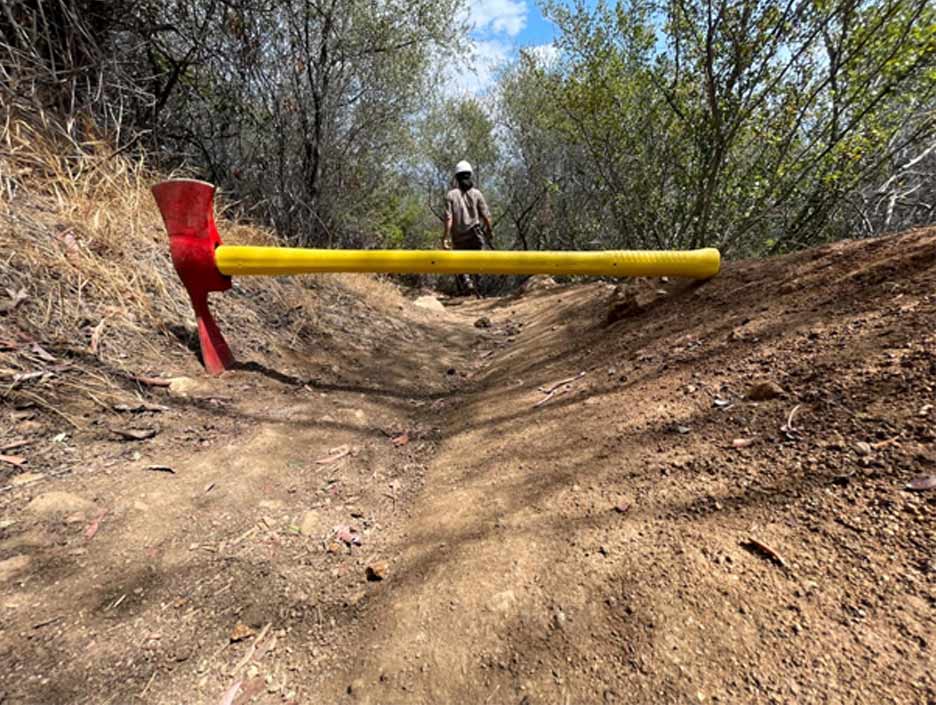 ­Friends of Griffith Park formally proposed the Bee Rock Trail Project to the Department of Recreation and Parks in March, 2022. Improving trail conditions has not been high priority in recent decades, except for wide fire roads where emergency vehicles must be accommodated. In late July, FoGP’s plan was approved. Work quickly began during the first week in August.

Equipment was purchased, including McClouds, mattocks, and Pulaskis, special trail tools that RAP does not own. While the planning phase was tedious, when the work started, it was at a gangbuster pace, even though it was during the very hot summer months!

Reyes is credited for bringing his small trail crew and executing most of the work. By November, the project logged 350 volunteer hours, remediating more than 500 yards of trail. At the time of publication, the final stage will include sandbagging several erosion areas, and placing new signage to encourage hikers to use the restored trail, and not take the one of the many “ghost trails” created over the decades.

“The Bee Rock Trail Restoration has been a wonderful project, and the transformation of the trail has been greeted with genuine praise and gratitude from avid and casual hikers alike,” says Reyes. “Requiring a skill level that is not readily available in an average volunteer pool, this special project, highlighted by a geological allure, has had many hurdles, but nonetheless, has been an opportunity to help bridge the gap between RAP and FoGP in relation to project confidence and reliability.”

Reyes sums up: “Our team is honored to be contributors of this opportunity and we look forward to its progression and preservation.”

Skilled in swinging a Pulaski, Arnold organized a special team of volunteers to hand-carry and place sand material along the trail. Both team leaders advocated for the use of natural materials as remedies for steepness, such as moving rocks into position to serve as steps. They are pros in using natural materials for erosion control and barriers, too, which RAP staff much prefers.

FoGP hopes this serves as a template for future trail restoration on other trails in the Park. By better defining and making the legitimate trails safe, there will be less habitat damage by people taking “ghost trails.” In recent years, many areas of the Park are witnessing higher levels of destruction from these unsanctioned trails. It is a threat that RAP can no longer disregard. Here’s a selection of photos that highlight the hard work of trail restoration.

Photo, top: the Pulaski used along the trail combines an axe bit with an adze-shaped grub hoe. This tool was very important to the restoration as it’s effective in root-bound or hard soil. The trail erosion can clearly be seen in the photo. While volunteers have made great strides in this project, the effort is still ongoing. Bottom, left: prior to restoration, portions of the trail were badly eroded, unstable and dangerous for trail runners and hikers. Several groups that pitched in to help with the restoration included Boy Scouts.
Below: Scope of the restoration work. 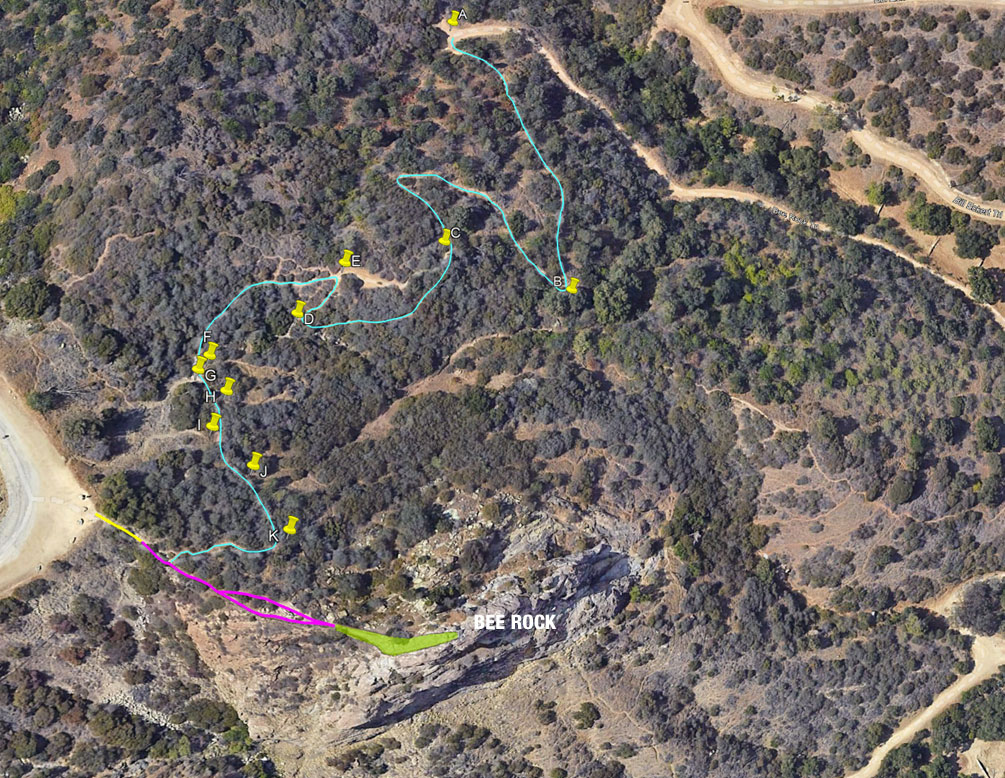