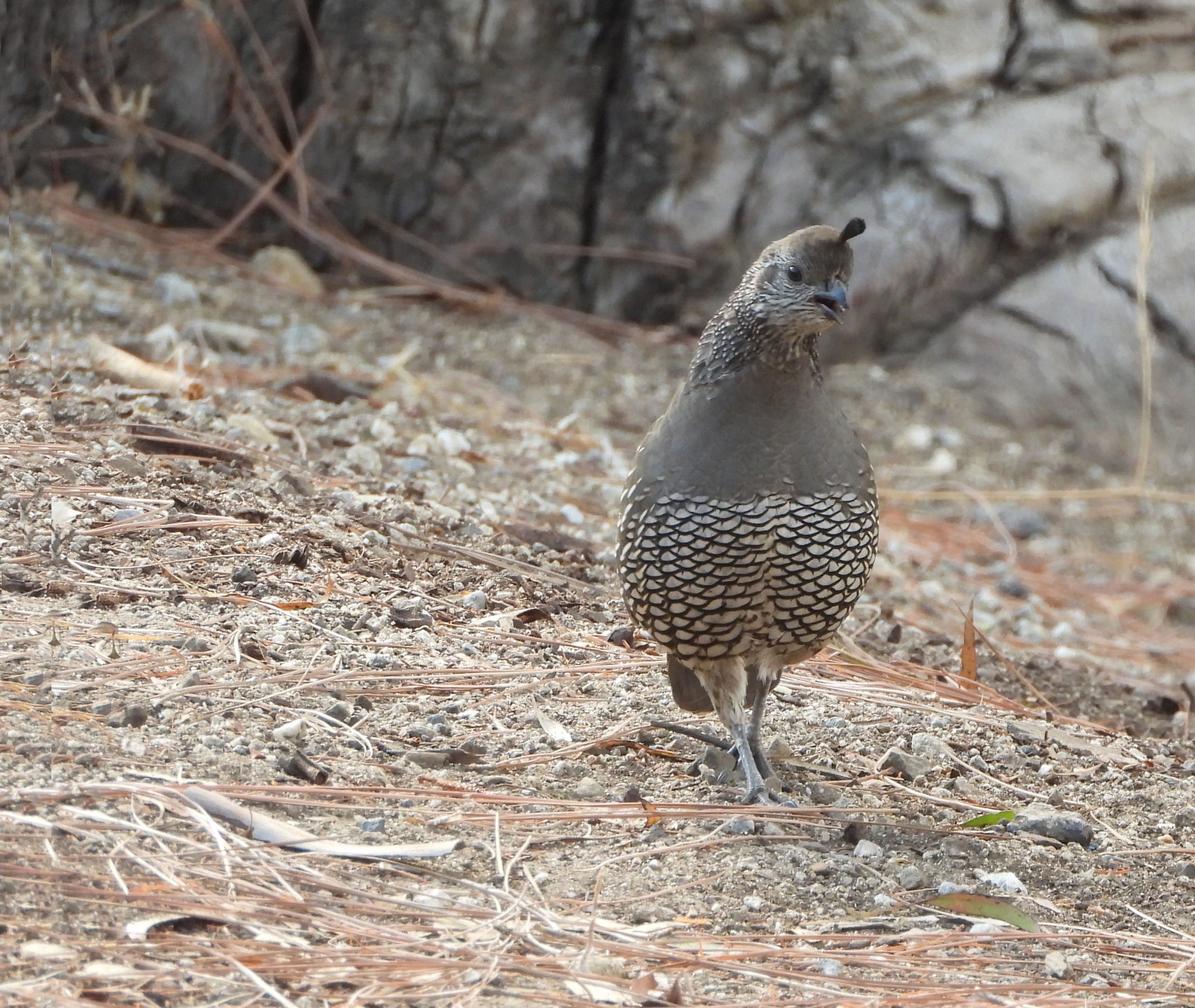 The ground-dwelling California quail (Callipepla californica) is often heard, but seldom seen in Griffith Park. They are famous for their unique “Chicago” vocalization, sounding as if they are saying “Chi-ca-go.”

Quail inhabit thick scrub and chaparral zones within the Park where they mostly forage on the ground. Occasionally, they will take flight a short distance in pursuit of berries, such as the succulent berries of the Mexican elderberry tree, unquestionably a “most valuable” habitat species within the Park. They love toyon berries, too, which are plentiful during winter. At night, they often roost in brush and trees where they are better protected.

Young birds adapt behaviorally to tolerate the nearby presence of people along trails and roads, but only if there’s something in it for them! Quail can usually go without water, deriving their liquid needs from vegetation and insects. However, during prolonged hot, low-moisture periods, why not take water from one of the water pipes scattered throughout the Park? After all, it’s easier than searching out a natural seep or stream bottom.

Quail nests are scooped out on the ground under dense cover, where usually 12-16 brown-speckled eggs hatch. The family’s highly social covey can extend to another clutch creating an even larger covey, but this has not been observed in Griffith Park. As good communicators, a whole covey can fly low and move quickly if threatened, a response known as “flushing.” This is just one more reason to keep your dog on-leash.

The distinctive head plumes on quail appear to be one, but are actually comprised of six feathers. They turn black in males and brown in females. Males also develop conspicuous white facial stripes, which are less obvious in youngsters. Such markings combined with the “feather in their cap” give them the presence of self-pride unmatched by any other bird species. Black and white neck markings distinguish a male from a female quail. So which one is this?

Californians were proud of this species, too, proclaiming it the State Bird in 1931. Long may they thrive in Griffith Park.