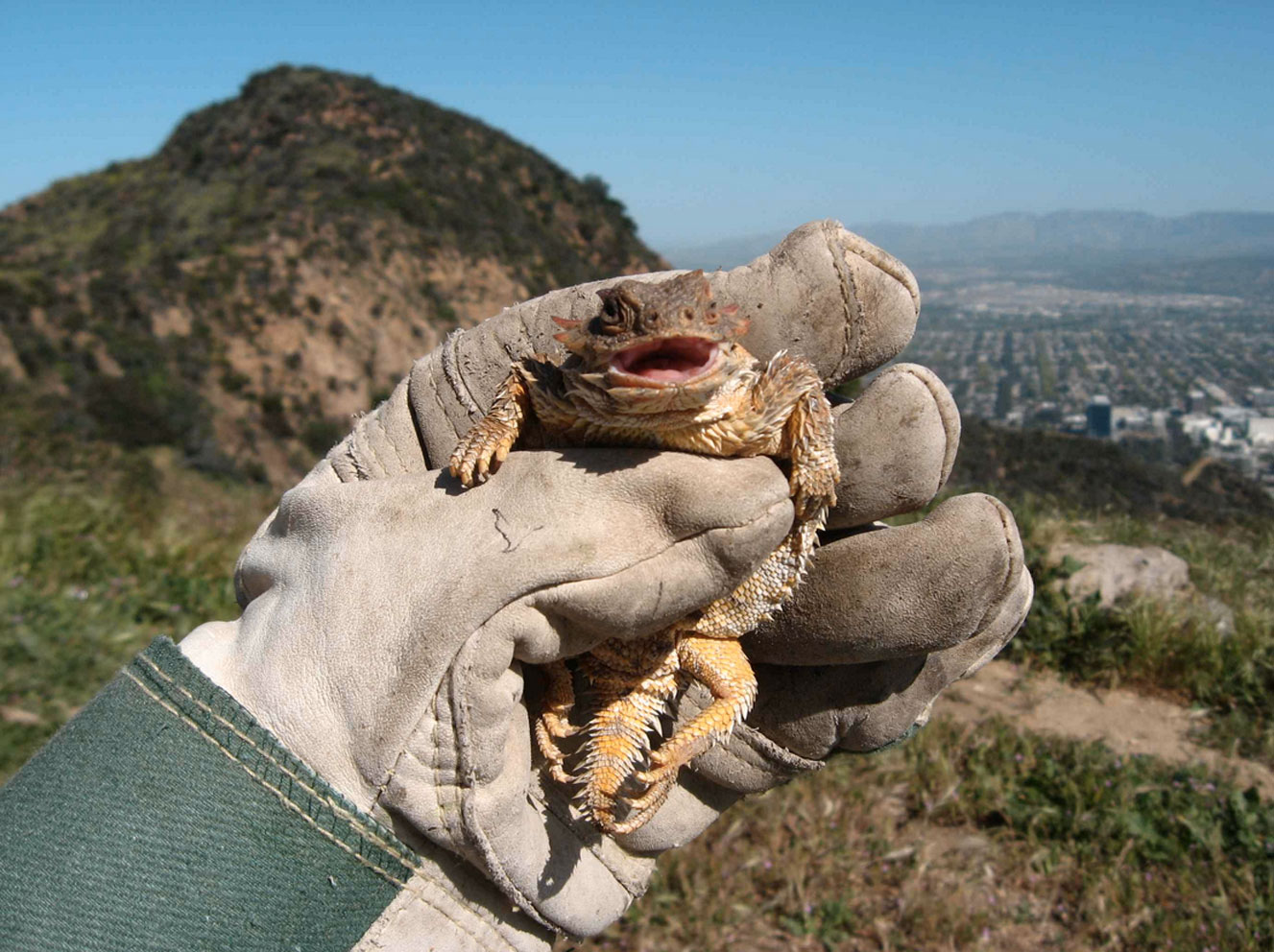 The recent confirmation of a mountain lion, the sighting of bat species previously unknown in Griffith Park, the discovery of native plants once thought to have disappeared from its borders – all are the work of the Griffith Park Natural History Survey. In just five short years, this grassroots endeavor has become the most comprehensive repository of information about the Park’s native animals and plants. And it’s all thanks to the vision of one determined individual.

In late 2006, as a member of the Griffith Park Draft Master Plan Working Group, George Grace was dismayed to learn there was no scientific data on the Park’s flora and fauna. The City lacked a formal database of current or historic information; the best knowledge resided with the Park Rangers and it was incomplete and sometimes anecdotal. George had a good idea: Why not raise funds and start documenting the natural wonders of Griffith Park? Serendipitously, local ecologist, Dan Cooper a veteran of Audubon California, had just founded Cooper Ecological Monitoring.

With an academic background at Harvard and graduate work at UC-Riverside, Dan was eminently qualified and was asked to come on board as Scientific Director. A volunteer Steering Committee composed of George Grace, Gerry Hans, Charley Mims and Dan Cooper was formed and the Griffith Park Natural History Survey (GPNHS) was on its way.

After seed funding was provided by the Franklin Hills Residents Association, Oaks Homeowners Association and a few individuals, further luck appeared in the form of two young aspiring ecologists taking a break from finishing their academic courses. Stephanie Spehar, (now Dr. Spehar, on staff at the University of Wisconsin’s Anthropology program) and Paul Matthewson, were asked to help Cooper execute a field-intensive survey. They all but donated their time and worked diligently in the park over the spring/summer of 2007. The result was the release of the first GPNHS study.

Today, the Griffith Park Natural History Survey (GPNHS), has grown into the single most authoritative source for scientific data on the Urban Wilderness we call Griffith Park. Its collective knowledge offers tremendous value to decision-makers and has already proved helpful in protecting the park. In 2009, four GPNHS studies were appended to the Griffith J. Griffith Charitable Trust’s successful application to have Griffith Park declared a City of Los Angeles Historic-Cultural Monument.

George’s vision realized
Today, the Griffith Park Natural History Survey (GPNHS), has grown into the single most authoritative source for scientific data on the Urban Wilderness we call Griffith Park. Its collective knowledge offers tremendous value to decision-makers and has already proved helpful in protecting the park. In 2009, four GPNHS studies were appended to the Griffith J. Griffith Charitable Trust’s successful application to have Griffith Park declared a City of Los Angeles Historic-Cultural Monument.

Funding from Friends of Griffith Park and contributions from community groups and individuals make the GPNHS possible. Surveys from its last five years are re-capped on the opposite page and exciting findings from its current endeavor, the Griffith Park Wildlife Connectivity Study.

Large Mammal and Herptile Survey, early 2007
42 detection stations were set up to analyze species richness throughout Griffith Park. Exciting mammal findings included detection of the shy, rarely seen, gray fox in the Old Zoo area. Another key carnivore, the bobcat, was found to be more widespread in the park than thought. The herptile work continued into 2009, with confirmations of three salamander species, several other amphibians and quite a few reptiles. The coast horned lizard was found topersist in western areas of the park, but, alas, no longer in its central and eastern areas as reported in previous decades.

Bird Inventory, 2007-2008
More than 200 bird species have been recorded in Griffith Park over the years, and around 150 occur every year. From March through June, nearly 70 species may nest in Griffith Park. This inventory formalized these lists which can be retrieved from the GPNHS link.

Bat Survey, 2008
Survey teams supervised by bat expert, Stephanie Remington, were equipped with ultrasonic detection and recording equipment. Eight different bat species were identified by their unique acoustical patterns. One, the western red bat, is classified as a “sensitive species of concern.” Two others are recognized as having declined in recent years in the region and they depend on intact native tree habitat that Griffith Park provides. The abundance of other species, especially the pipistrelle, was surprising.

The Griffith Park Rare Plant Survey, 2009-2010
GPNHS and the California Native Plant Society (CNPS) corroborated on this energetic survey that culminated in a report that exceeded expectations. Cooper managed the study, enlisting a crew of plant scouts to formally describe the approximately 300 native species in Griffith Park. Ten known from the park are considered “rare” by the CNPS. Of these, seven were documented, some in surprising abundance. Unexpected species were also discovered. The report concluded, “…important populations of rare plants were found park-wide… Therefore, it is nearly impossible to point to a given region of the park and declare it unimportant for rare plants…”

Squirrel Survey, 2010-ongoing
This survey is mapping the distributions of the park’s three squirrel species. The western gray squirrel, with fluffy gray tail and pure white underbelly, is the park’s gorgeous native. Its territory may be increasingly impacted by the reddish-colored eastern fox squirrel, a species which was accidentally introduced in 1904. The third species is the native western ground squirrel which burrows on hillsides. The survey is examining the interaction and displacement of the park’s squirrel species as well as establishing baseline knowledge.

Butterfly Survey, 2011-ongoing
To date, over 800 butterflies have been counted and the presence of 36 species, of the 45 or so considered possible in this area, confirmed. Tim Bonebrake, Cooper’s consulting butterfly expert and biologist, found at least one small population of Fatal Metalmarks that was unexpected. He is also impressed by the relatively large numbers of Echo Azures, Pale Swallowtails, Brown Elfins and Bramble Hairstreaks that all require natural habitat and all seem to be doing well.