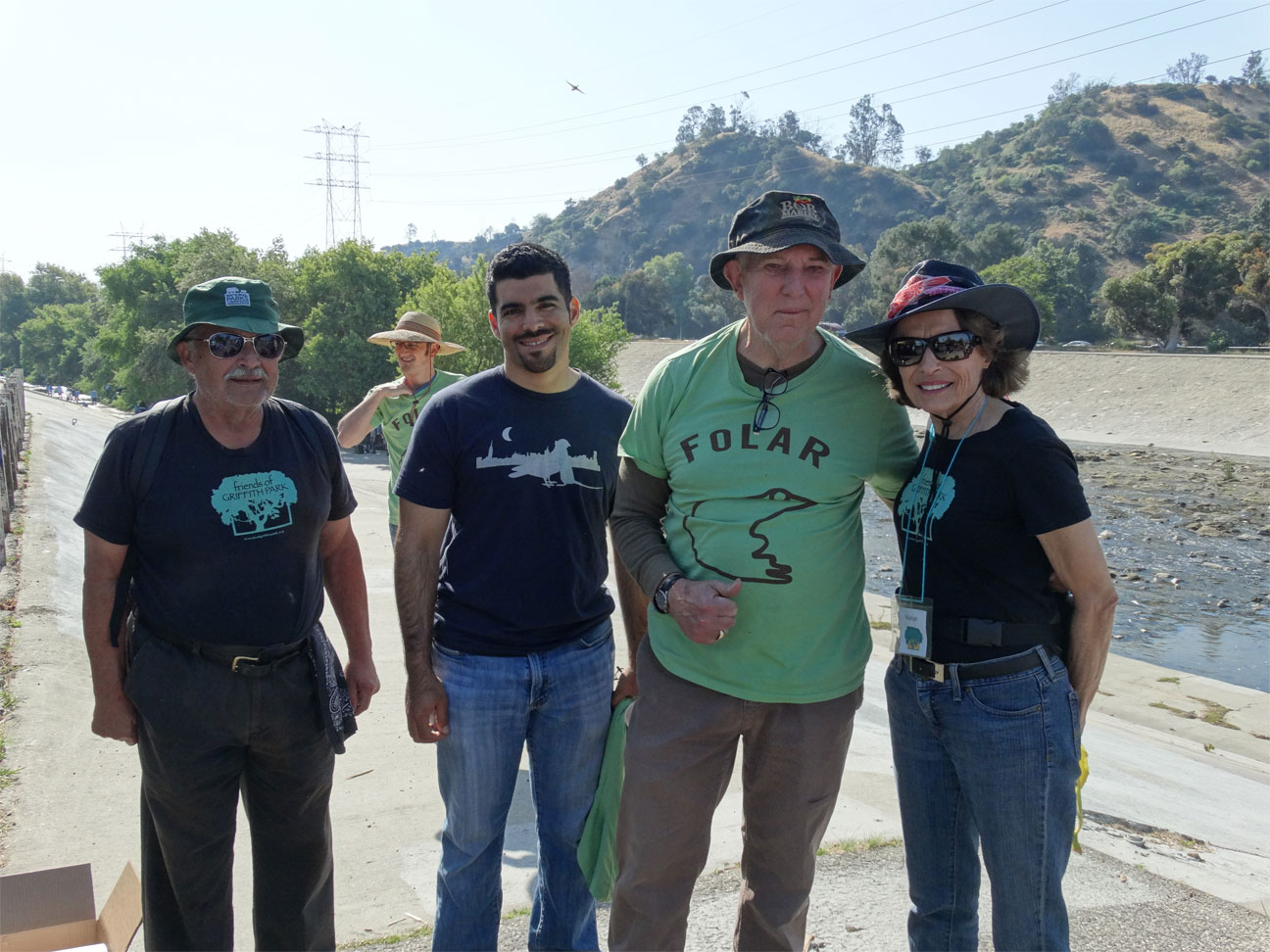 pril 11th, 2015, Friends of Griffith Park hosted the Bette Davis Picnic Area site for FOLAR’s Annual River Cleanup (La Gran Limpieza) as we’ve done for the past few years. We were again joined by people of all ages and walks of life willing to donate a few hours to climb in the river or scope the islands, emerging with everything from plastic bags to shopping carts.

This marks the 26th year that Angelenos came to empty the river of trash accumulated over the winter. FOLAR volunteers were on hand to sort through the collected trash in order to monitor trends in trash composition. Meticulously-collected information will eventually find it’s way to the Water Quality Control Board to help with river restoration projects.

Even better, waterfowl and other LA River wildlife can now enjoy a much cleaner environment, thanks to the efforts of volunteers who came out for this year’s cleanup.

Photos:
Baxter employees and their families showed up en masse for the cleanup.

FOGP volunteers set up snacks and water for the crowds that showed up promptly at nine to begin the cleanup effort.

Everyone got a little wet but a great deal of trash was recovered from the river.

Many families came out to clean, extending the idea of community service to their young kids.

All told, eight shopping carts were dragged out of a very small area near the Bette Davis Picnic Area.