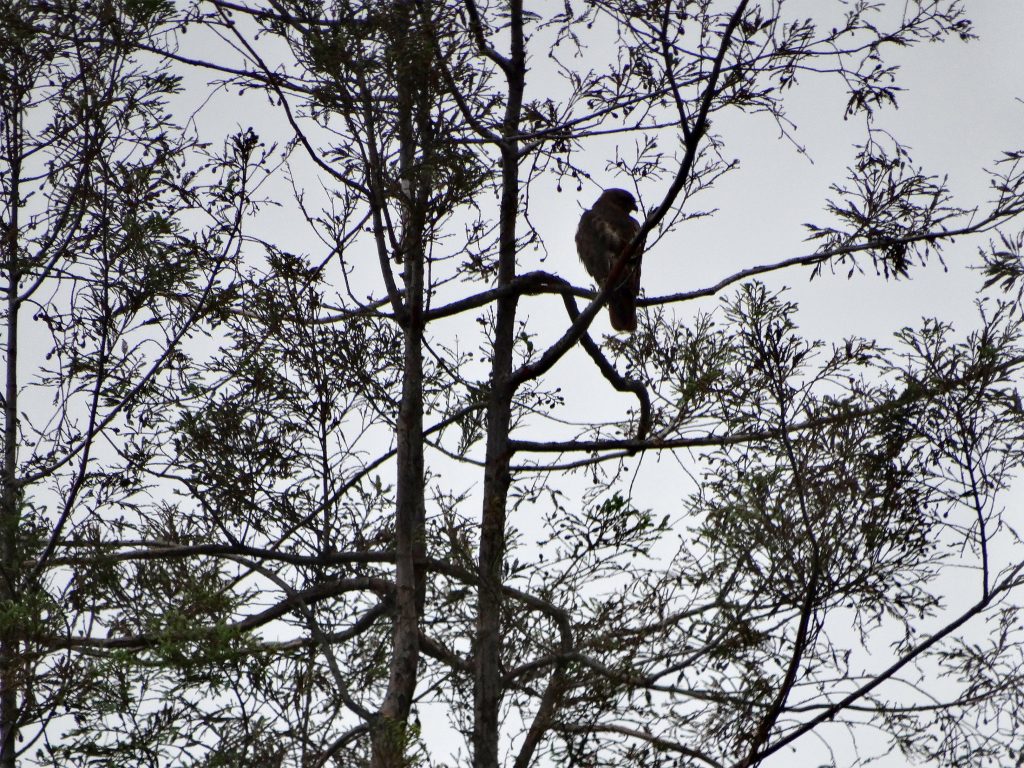 We’ve been experiencing some unusual weather this month, and the dawning of Bird LA Day in Griffith Park was no exception. As we started up the trail toward the Observatory it began to rain, but no one in the group ran for cover… far from it as we continued on our way, checking to see what bird made which sound off in the distance.

It’s incredible that we had SO MANY birds cooperating while we watched them with the new FoGP spotting scope! It was a very rare day in that the group was able to see Cooper’s and Red-tailed Hawks, a Nuttall’s Woodpecker, California Thrasher  – and –  Spotted Towhee. FoGP’s recently purchased scope will come in very handy for many of our scientific surveys and studies including the currently underway Raptor Survey.

← PREVIOUS ARTICLE NEXT ARTICLE →
← You Can’t Get There From Here: The Closure of the Hollyridge Trailhead The Story of Minnie M. Barton →

The Los Angeles Zoo has formally proposed a Vision Plan with concepts for further expansion and development. It’s really important to get all the facts of how this would impact the northeastern portion of Griffith Park near the 134/5 interchanges. There are many...