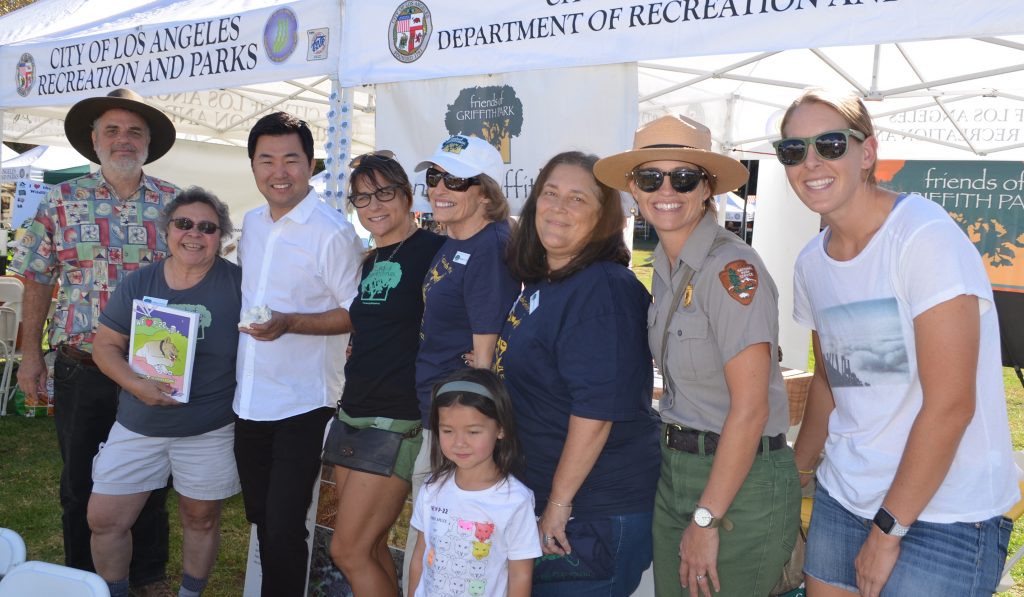 Let’s face it… it’s been really hard for P-22 to remain incognito… Heck, he can’t even walk down a street without someone recognizing him. And for a mountain lion, that can be difficult, especially since he’s the biggest predator cat in this area. But for some, this was a special day to celebrate our very own celebrity cat, and celebrate, we did!

If you happened to be in Griffith Park on Sunday, you know what we’re talking about… kids from all ages showed up to party and bring attention to the plight of P-22 and other wildlife living in the isolated by freeways island known as Los Angeles. In fact, KCET asked the question, “P-22 Day: Who Is the Charismatic Cat and Why Does He Have a Holiday?” Our response would have to be… any animal that manages to cross two major freeways against all odds, and still survives in a very small area (approx. 8 square miles) deserves some recognition for this feat, so we’re gonna party!

We were very happy to be included in National Wildlife Federation’s group of sponsors and we’ve posted some pics on our facebook page Friends of Griffith Park. Attached are some media accounts of the day…