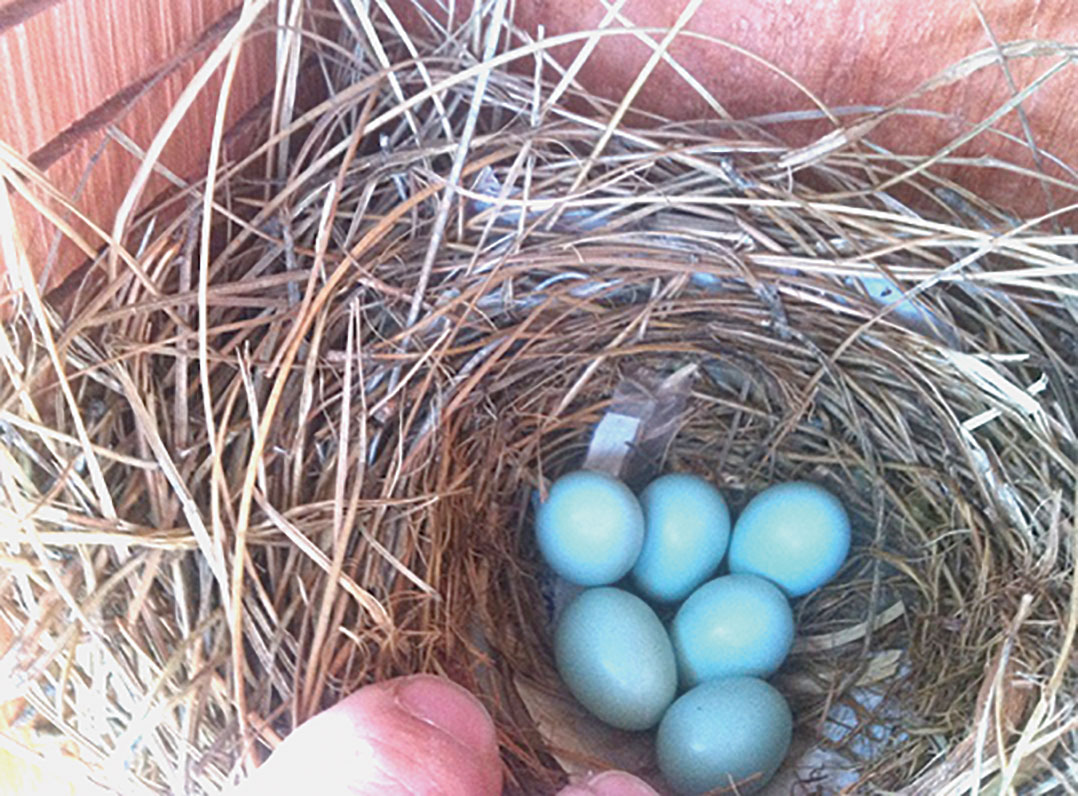 Earlier this year, FoGP member Bruce Painter again placed homemade nesting boxes in Griffith Park with the hopes of attracting the colorful Western bluebird, a once regular resident of the Park.

This is the fourth year that Bruce has received approval from RAP to strategically place the nesting boxes in the Park. Bruce keeps FoGP updated regularly on box activity – we are excited about the possibility of welcoming these delightful birds back into the Park!

Nesting boxes are important to attract bluebirds; these small cavity-nesters typically carve out space in rotting or dead trees as well as in woodpecker holes to incubate their eggs. Since dead and diseased trees are systematically removed from Griffith Park, bluebird pairs often look elsewhere to create a nest.

Overall, bluebird success is slowly building – especially considering that flycatchers and wrens often take over nesting boxes, not to mention some boxes in the past have been vandalized.

This year, Bruce reports four bluebird nests occupied his boxes which fledged a total of 12 bluebirds. Other boxes produced 30 wrens and four flycatchers. Compare that to last year when Bruce found only two bluebird nests along with one wren and one flycatcher nest!

Thank you Bruce for tackling this wonderful project – and we can’t wait to see what next year brings!