Bending to City Hall pressures to charge for parking, a “pilot study” was conducted for “preferred parking.” The pilot study was declared successful and the Zoo has now fully implemented the paid parking program on a year-round basis. 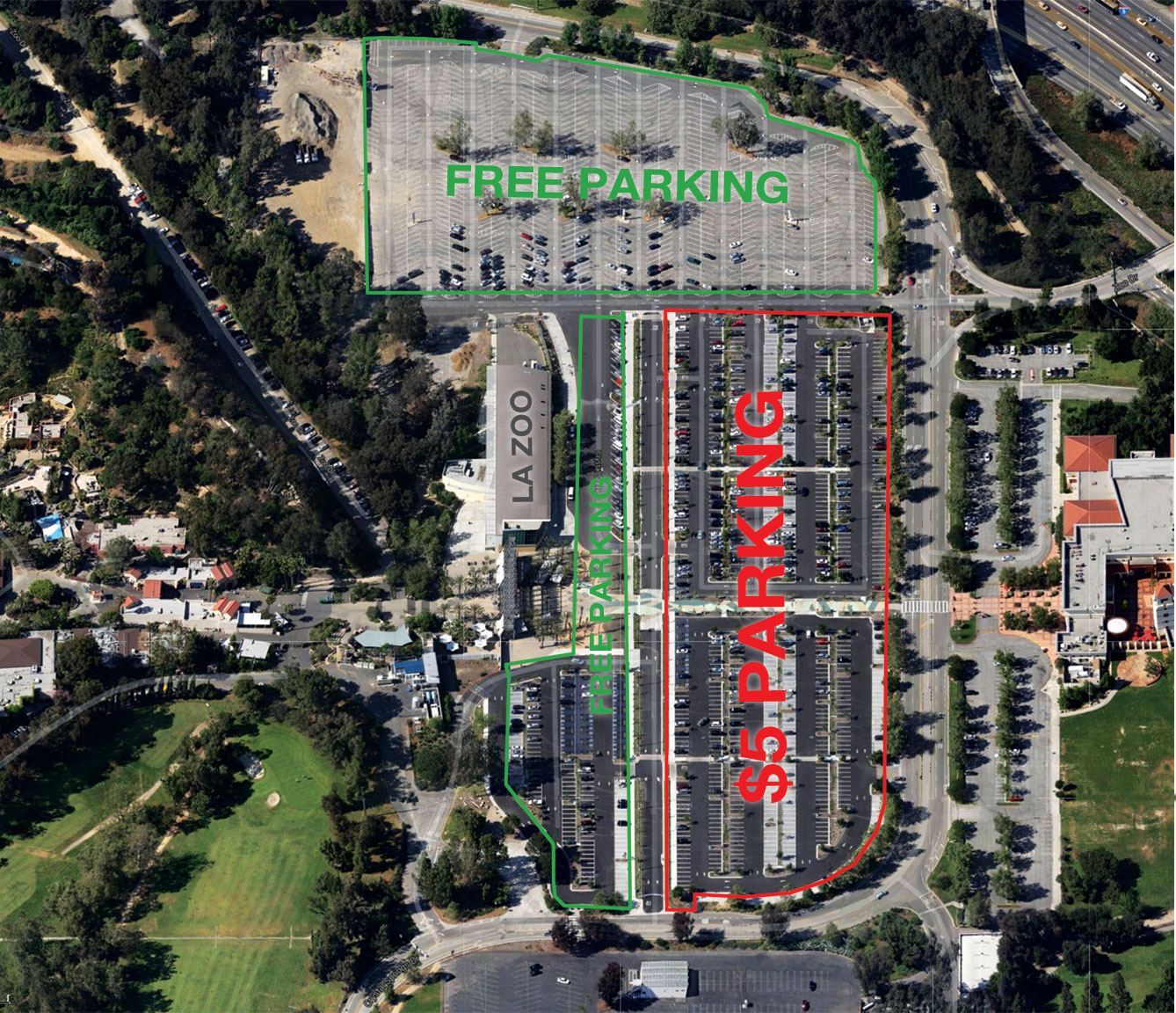 The Los Angeles Zoo is now charging $5 for “preferred parking.” Not just for a few close-in spaces, but for 750 parking spaces! On some busy weekends, the limited free spaces were at capacity, leaving some visitors little choice but to reluctantly cough up a $5 bill.

History tells the story of our City’s misguided forays into charging for usage of Griffith Park and is summarized in historian Mike Ebert’s book entitled “Griffith Park: A Centennial History.” The first attempt occurred in 1931 and was staunchly opposed by Van Griffith, son of Colonel Griffith J. Griffith. The next foray occurred in the 1970s and was opposed by Recreation and Parks General Manager, William Fredricksen, who commented “No matter what the benefits, the idea of a parking fee is totally foreign to our idea of what Griffith Park should be.” A last attempt was made in the early 1980s, and was overruled by the City Council after attendance to the park’s attractions dropped dramatically and the income generated at toll gates was about half of what was expected.

All three historical attempts to charge Griffith Park patrons for entering or parking in Griffith Park were short-lived. Clearly, Colonel Griffith’s bequest intends that Griffith Park be an experience available to all economic classes without the burden of expense. The expansive Zoo parking lot is utilized by many cyclists, hikers, picnickers, and runners. The dangerous precedent of allowing paid parking at the Zoo lot could lead to implementation of parking fees at other Griffith Park lots, including Crystal Springs, Fern Dell and Vermont Canyon. If this were to happen, the “park experience” could become out of reach for lower income families and seniors. Revenue-driven policy changes which take place in one park tend to carry over into other parks. The possibility of paid parking across the entirety of City parks is frightening.

In 2010, the Zoo received a great gift courtesy of Proposition O, a bond measure to improve and protect water quality. The project to re-surface the Zoo lot with permeable material and install bio-swales for cleansing runoff water qualified for $14 million dollars in funding. The public learned about the City Administrator and Mayor Villaraigosa’s idea to put in toll-gates during the project’s construction period. Advocates talked with Zoo Director John Lewis and the matter was thought to have been settled. After further review, it was decided that the extra operating funds could be obtained more cheaply and efficiently by simply raising the price of an average Zoo admission ticket, without penalizing other park users. In addition, changes to traffic flow had not been studied adequately in the required environmental review for the project, so the toll-gates were never installed.

Fast forward to 2013, and we have a beautiful renovated parking lot with drought-tolerant trees and plants. The Zoo admission price was, as planned, increased. The Zoo now has fully implemented the paid parking program on a year-round basis. However, as there was no public outreach, it remains to be seen whether it will be challenged. As this article goes to press, we have learned that the Griffith J. Griffith Charitable Trust may be sending their comments to the City.

Friends of Griffith Park strongly objects to the financial imposition placed upon Griffith Park visitors which is contrary to the spirit of the Griffith bequest. Although a legal opinion was rendered by the City Attorney clearing the way for charging at Griffith Park’s largest public parking lot, a first glance seems to indicate that the opinion is flawed and contrived. However, the largest fallout from the City’s push to collect parking fees might just be the negative publicity that the Zoo gets for tacking on additional costs for their patrons and exacerbating the enormous traffic jams it has created on the I 5 at the SR 134 interchange on weekends.